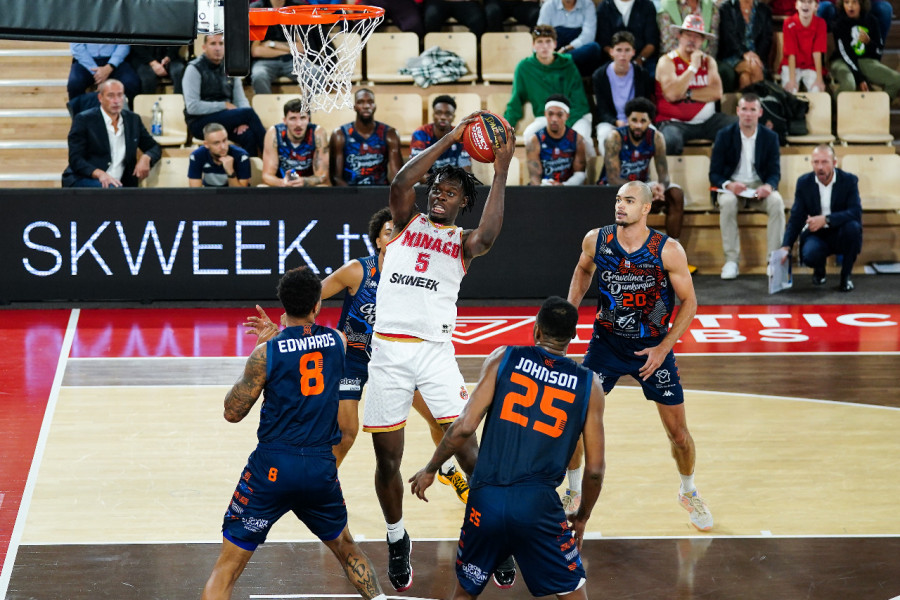 Despite a fourth-quarter collapse, AS Monaco Basketball stretched their winning start to the season to five games in all competitions after victory against Gravelines-Dunkerque (95-85).

The Roca Team quickly found their stride in Sunday’s Betclic Elite tie at the Salle Gaston Médecin. Having begun their Euroleague campaign with a win against Virtus Bologna less than 48 hours before, they quickly re-applied themselves to the French championship.

Boasting a more complete squad this season, Monaco seemingly won’t be dogged by the same issues that juggling European and domestic basketball posed them last season. Leading by example, Adrien Moerman (5) was pivotal in giving the Roca Team the ideal start as they went 13-3 up in the opening minute.

Sasa Obradovic’s perfect first-quarter was concluded in spectacular style by Elie Okobo, whose on-the-buzzer shot from halfway landed, lifting the home crowd off their seats (30-15).

Monaco were relentless, and continued to apply pressure in the second-quarter. The Roca Team’s youthful duo of Yoan Makoundou (13) and Matthew Strazel (19) combined well, finding each other within the key, and keeping the scoreboard ticking. Strazel in particular was phenomenal on the night, contributing more points than any other player on the court, and registering four assists.

By half-time, the result was never in doubt, and they were certain to continue their winning run to the season and maintain their place at the top of the Betclic Elite table. The lead was stretched further in the third-quarter, before a fourth-quarter collapse (20-33) gave Obradovic’s side a minor scare.

Ultimately, however, Monaco got the job done early, and some late-game complacency wasn’t enough to undo that work (95-85).

Post-match, Obradovic praised the club’s squad depth but was clearly unhappy with the way that they finished the game. “The victory is important because we’re playing a lot of matches. The players that didn’t play against Bologna, like Strazel and Makoundou played very well.”

He continued, “We started well with a lot of desire, but you have to respect the match until the end. It lasts 40 minutes, and you can’t let up. That will act as a lesson for the future.”

Monaco next face Anadolu Efes in the Euroleague on Thursday, as the new-look Salle Gaston Médecin prepares to host the return of European basketball to the Principality. 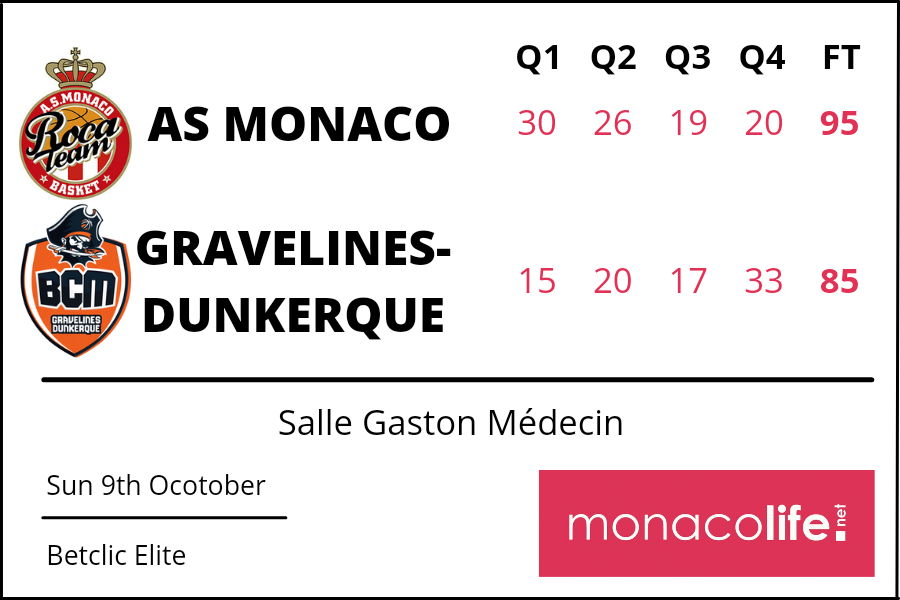