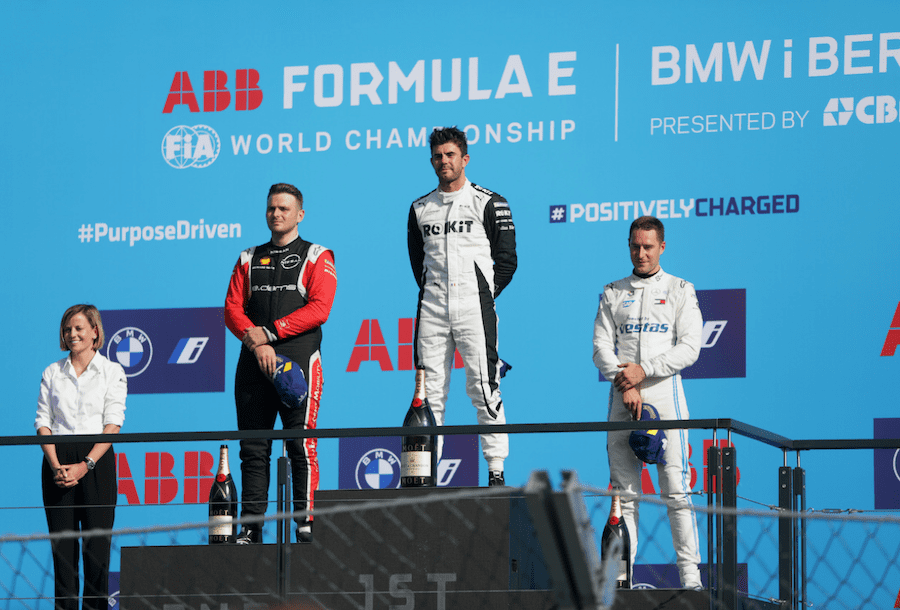 Monaco-based Rokit Venturi Racing concluded its Season 7 campaign in dramatic style as Norman Nato stormed to a dominant maiden victory in the FIA Formula E World Championship.
“I’m incredibly proud of the team. Coming into this weekend, we knew that we had to hit the ground running and score big to end the season on a high and that’s exactly what we did,” said Susie Wolff, Rokit Venturi Racing Team Principal.
In qualifying, Edoardo Mortara, who entered the finale in P2 in the standings, secured P11 on the grid from Group 1 while Norman took P6 after advancing to the Super Pole shootout.
An accident for Edo overshadowed the start of the season finale when, on the opening lap, the Swiss-Italian struck the rear of Jaguar’s Mitch Evans who stalled from P3 on the grid.
Conscious and talking, Edo got out of his car unaided and, in line with FIA safety regulations, was taken to hospital for precautionary assessments where it emerged that he sustained a microfracture of his fourth vertebrae for which he does not need surgery.
Following this red-flag period, the race was resumed behind the Safety Car and with Norman sitting in P4, the Frenchman was in a prime position to challenge for the podium.
With 33-minutes + 1 lap remaining, Norman rolled the strategy dice and by activating Attack Mode, commenced a major overtaking offensive in pursuit of silverware.
By passing Alexander Sims, Oliver Rowland and Stoffel Vandoorne, the 29-year-old moved into the lead and remained at the head of the field in a clinical rookie performance.
Establishing a 2.270-second lead, Norman took the chequered flag to secure his maiden Formula E victory and first single-seater win since 2017.
“Today we executed the perfect race and honestly, I’m shocked and speechless. I’ve been hungry for silverware for a very long time after losing my podiums in Rome and Valencia so it was very emotional to finally finish inside the top three,” said Norman Nato.
Despite failing to finish, Edo secured P2 in the Drivers’ World Championship, falling only seven points adrift of winner Nyck de Vries.
With an extra haul of 25 points, Rokit Venturi Racing pipped Mahindra Racing to P7 in the Teams’ Standings, completing its most successful season on record with a final haul of 146 points.