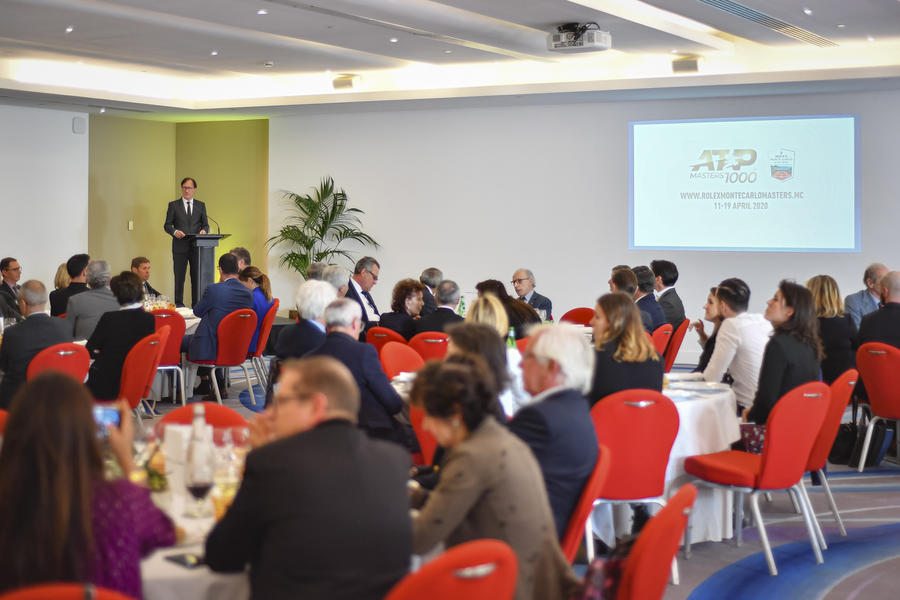 A new and improved venue and firm commitments from the world’s top players points to an exciting time at the 114th edition of the Rolex Masters Tennis Tournament coming in April.
Tournament Director Zeljko Franulovic on Tuesday revealed plans for the 2020 Rolex Masters, which takes place from 11th to 14th April 2020 on the famous clay courts of the Monte-Carlo Country Club.
Amongst some of the highlights for this year are the opening of a new bar in place of the Rolex Boutique on the terraces of the country club, as well as a new restaurant, player’s lounge and interview room. Famed American artist Lee Wybranski, known for being a staple of the golf art world, will be designing the event poster this year.
It was also announced that the renovations made at the site last year did not go unnoticed by the ATP. The ‘Award of Excellence for most improved venue in 2019’ was awarded for the vast improvements made for both spectators and players like.
Novic Djokovic and Rafael Nadal, ranked numbers one and two in the world respectively, are pre-registered, as are a growing list of world-class players. The final list will be announced on the Rolex Masters website from 19th of March.
Defending champ Fabio Fognini will kick-off the series in a live broadcast taking place on the terraces of the Thermes Marin de Monte-Carlo on 10th April at 6:30pm.
Finally, the tournament welcomes Chris Kermode, former CEO of the ATP World Tour, to the organising team of the Rolex Monte-Carlo Masters as a “privileged consultant.”
Organised by the Monaco Society for the Operation of the Tennis Tournament (SMETT), the Rolex Monte-Carlo Masters is the first European tournament in the category of ATP Masters 1000.