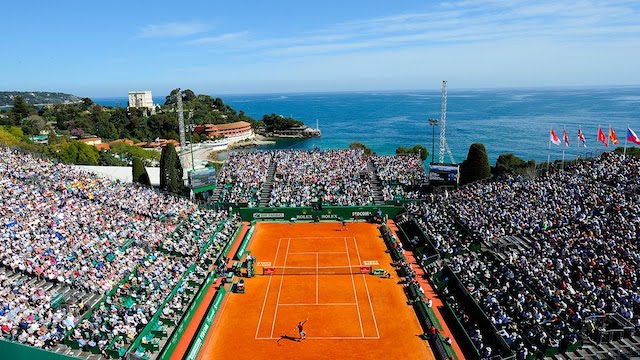 Concerns over public health have forced the cancellation of more events in the Principality, notably the Rolex Monte-Carlo Masters that was coming up in April.
The Monte-Carlo Rolex Masters has been a start-of-spring ritual in Monaco for over a century and is a much anticipated tournament in the world of professional tennis. Sadly, this year’s events had to be cancelled due to Covid-19 fears.
The move to cancel was not imposed by the government, though. The Association of Tennis Professionals (ATP) announced a six week moratorium on the men’s pro tour, meaning that all events scheduled until 20th April are suspended.
This affects several high-profile matches, including the BNP Paribas Open in Indian Wells, California, the Moami Open, the Fayez Sarofim & Co Men’s Clay Court Championships in Houston, the Grand Prix Hassan II in Marrakech, the Barcelona Open and the Hungarian Open as well as the Rolex Monte-Carlo Masters.
Additionally, tournaments currently being played are being disbanded with immediate effect and will be unable to be completed.
Andrea Gaudenzi, the ATP Chairman said in a statement: “This is not a decision that was taken lightly, and it represents a great loss for our tournaments, players, and fans worldwide. However, we believe this is the responsible action needed at this time in order to protect the health and safety of our players, staff, the wider tennis community and general public health in the face of this global pandemic. The worldwide nature of our sport and the international travel required presents significant risks and challenges in today’s circumstances, as do the increasingly restrictive directives issued by local authorities. We continue to monitor this on a daily basis and we look forward to the Tour resuming when the situation improves. In the meantime, our thoughts and well-wishes are with all those that have been affected by the virus.”
Another high profile event that is not going forward as planned is the concert by rock legend Iggy Pop. He has postponed many dates, moving his Monaco concert from 10th April to 10th September at the Grimaldi Forum.