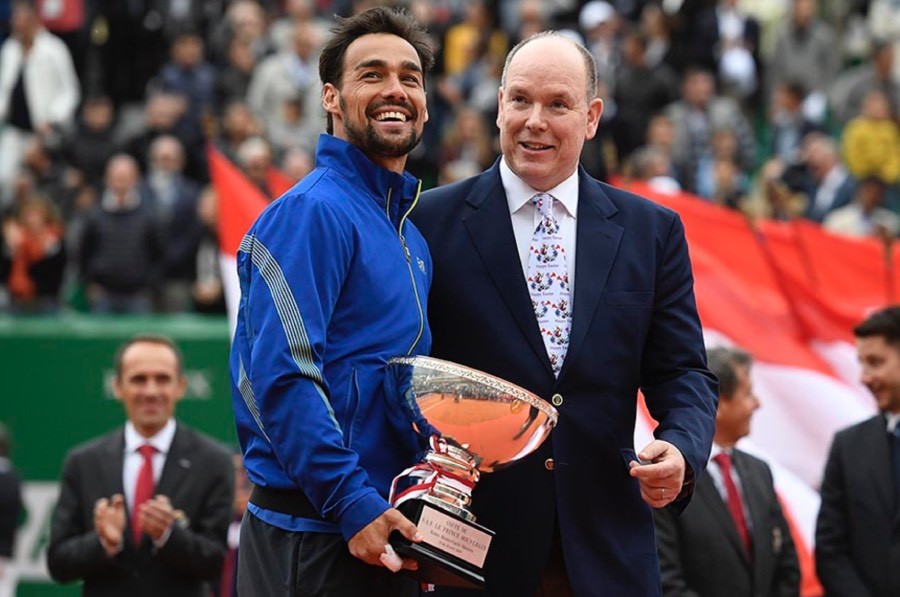 Fabio Fognini became the first Italian to win an ATP Masters 1000 title on Sunday at the Rolex Monte-Carlo Masters, defeating Dusan Lajovic 6-3, 6-4 in one hour and 38 minutes.

“I’m really, really happy. Nothing to say,” Fognini said. “I have to keep calm, maybe take a shower, relax, and think about this because it’s something incredible.”

The 13th seed converted four of five break points to become the lowest seeded player to lift the trophy since fellow No. 13 seed Gustavo Kuerten’s title run in 1999. Fognini will rise to a career-high No. 12 with the latest ATP Rankings published on Monday.

“I just feel happy because I won a big tournament that was always my goal in my career,” Fognini said. “I think everybody, when you’re growing up and you start and you decide to play tennis, you are dreaming to win a big tournament. We are talking about a Masters [1000].”

Fognini’s title in the Principality comes after a difficult start to the season. The nine-time tour-level titlist entered the Monte-Carlo Country Club with one win in his eight most recent tour-level encounters and had lost each of his four matches on clay this year.

Fognini’s journey to the trophy was packed with drama. The 31-year-old recovered from 4-6, 1-4 down in his first-round match against Russian qualifier Andrey Rublev and also overturned a 1-6, 0-2 deficit against Borna Coric in the quarter-finals.

Alongside comeback victories against Rublev and Coric, Fognini also defeated two Top 5 opponents in straight sets this week. The Italian upset World No. 3 Alexander Zverev to reach the quarter-finals and stunned 11-time champion Rafael Nadal in the last four. Fognini is the first player to defeat Nadal en route to a clay-court title since Pablo Cuevas’s triumph at the Rio Open presented by Claro in 2016.

After dropping his second service game on Court Rainier III, Fognini levelled the opening set at 2-2 with precision and power. The Italian flattened his backhand to push Lajovic behind the baseline and, following a well-placed drop shot, levelled the match with a forehand volley into the open court. Fognini moved into a 4-2 lead following multiple unforced errors from his opponent and grabbed the opening set after 44 minutes with his 12th winner of the set; a perfectly-timed backhand up the line.

With his forehand proving to be a key factor in his semi-final win against Nadal, Fognini continued to enjoy success from that wing early in the opening stages of the second set. Fognini broke for a 3-2 lead with great defensive skill, retrieving balls from behind the baseline to extend points and extract errors from his opponent.

The 31-year-old maintained his advantage through to 5-4 and served with confidence to claim the title, converting his second match point as Lajovic mistimed his forehand return. 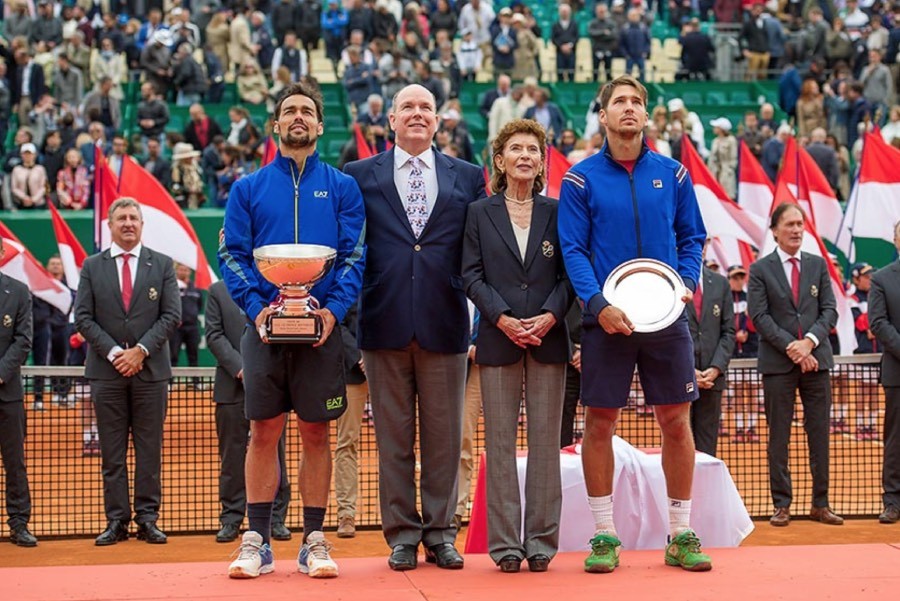 “I was preparing for the match as best I can because he has my ex-coach and I knew it was going to be really tough, a lot of running,” Fognini said. “[It’s an] incredible achievement. I’m really, really happy.”

As the lowest-ranked Monte-Carlo finalist since Hicham Arazi in 2001, Lajovic was bidding to become the first unseeded player to win in Monte-Carlo since Thomas Muster in 1992. The World No. 48 did not drop a set en route to his first ATP Tour final, defeating Malek Jaziri, David Goffin, Dominic Thiem, Lorenzo Sonego and Daniil Medvedev to record five straight tour-level victories for the first time in his career.

“Fabio is a guy who knows how to play in these conditions. He has great hands. He’s moving really well. So I was feeling on the court that I had to work much harder than him to win the points. I think this was the key,” Lajovic said. “He was pretty stable and solid from both sides, moving well. And when I was on and when I was aggressive, I was able to make points and put him under pressure. But at times, my game was just off.

“I had a lot of unforced errors. One thing was that it was windy. The other thing was I was under the pressure of the finals of the moment, and all together, I think he was the much better player today.”