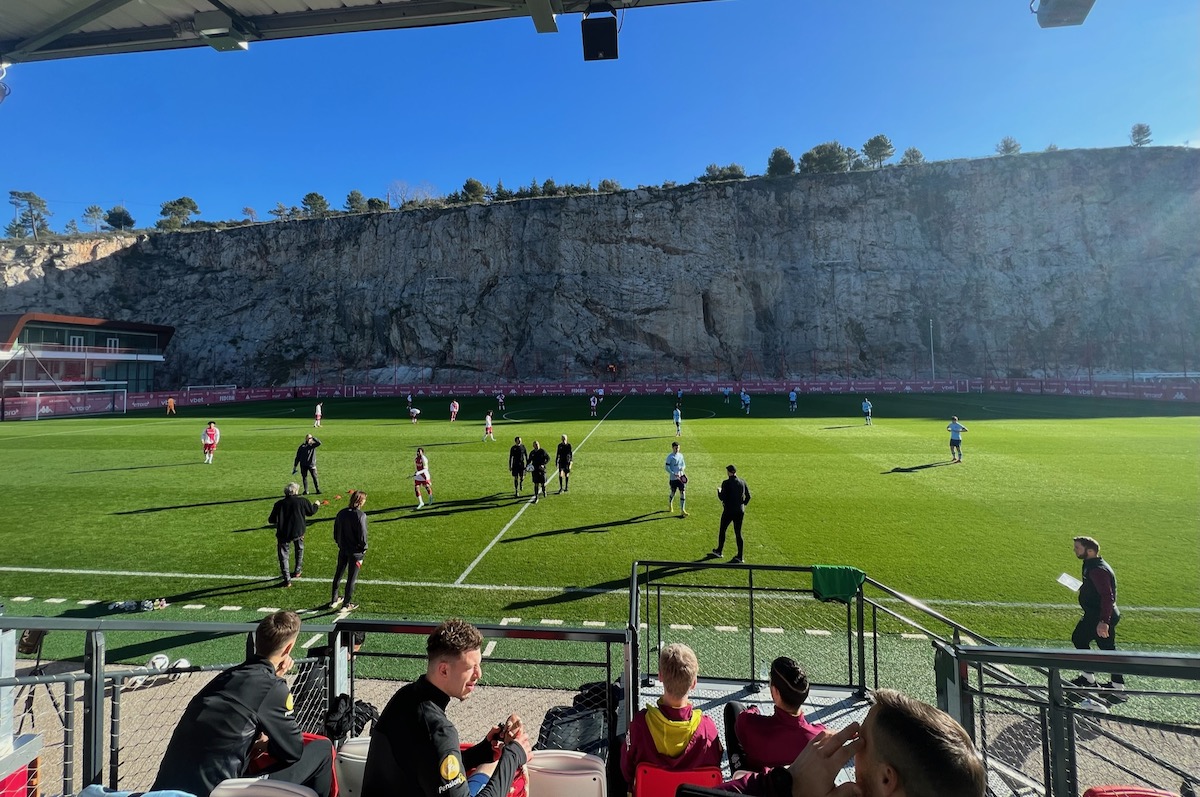 AS Monaco’s Groupe Elite were beaten in La Turbie 4-1 by a Brentford B side that featured Romeo Beckham, son of David, who is currently on loan at the club from Inter Miami.

A late flurry from Brentford B gave a glossy sheen to a very tightly contested fixture for large parts, especially in the first half. The defences were well set in the opening stages, with neither side managing to find the key to unlock the game.

Towards the end of the half, Malamine Efekele struck the post, and just seconds later Brentford went close themselves. The deadlock was broken shortly before the break by Yegor Yarmoliuk, who pressed Mayssam Benama into making an error deep inside his own half before curling past Yann Liénard.

Their lead was then doubled with the final kick of the half by Michael Oluwakorede Olakigbe, whose sumptuous curled effort from the edge of the box gave Liénard no chance.

Les Monégasques were unlucky to head into the break two down but quickly reduced the deficit in the second half, Valentin Decarpentrie getting on the scoreline after some good collective pressing. There was an intensity to Monaco’s game, but little incision and they failed to work an opening to level the scores.

Instead, it was Brentford B who added to their lead thanks to a brilliant Olakgibe strike. The winger then departed the scene, ceding the place to Beckham. There was then a late fourth goal from Ryan Trevitt. The 4-1 scoreline perhaps unfairly reflects the game, but the victory well deserved for a strong Brentford B side.

Speaking to Monaco Life post-match, Olakigbe reflected on his personal performance, as well as the significance of the result. “I went out there with a lot of confidence. My finishing was unbelievable today. Monaco is obviously a great club that develops so much young talent with players like Kylian Mbappé. To play them is a great experience, and to win against a top side, is something to be buzzing about,” he said.

Groupe Elite coach Damien Perrinelle pointed out the positive in the defeat: “We prepare to confront a certain reality, a certain difficulty in order to allow them to develop quicker. When you play teams that suit you, I’m not sure that the progression is the same as when you face stronger teams, where you have to adapt and rival them.”

When the Groupe Elite was conceived prior to the start of the current season, it was to create experiences, such as the one that they faced at La Turbie on Wednesday. Ultimately, these formative experiences will be a positive for the continued development of Monaco’s young players.