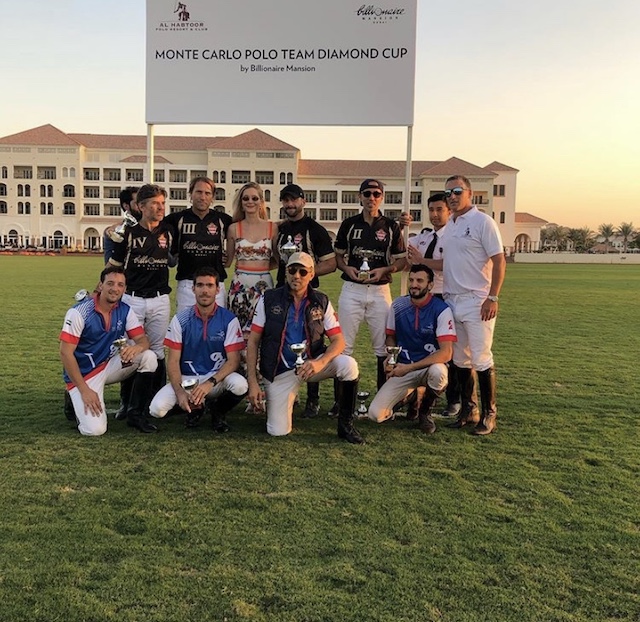 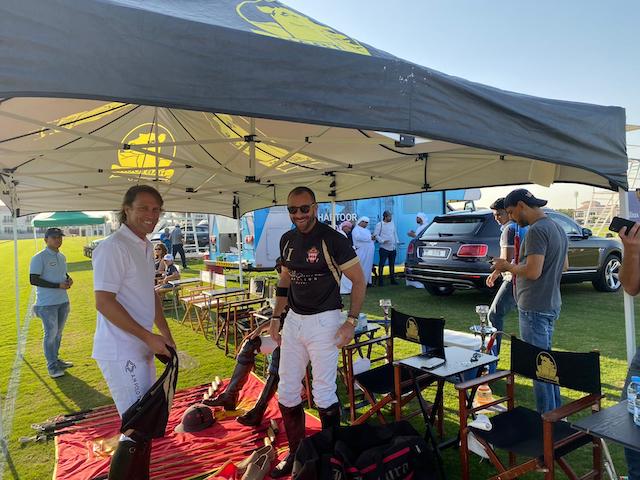 Rommy Gianni and his team stole the victory with a 5-2 final score. Breathtaking play by each of the four “chuckers” saw the Monte-Carlo Polo Team push their horses to their highest levels of speed to fight and win against a very fierce opponent. It was a thrill for all, a game of great passion and great sportsmanship spirit.

Monte Carlo socialites Paola Alcolei and supermodel Monika Resetkova were lending their support from the stands, while I had the honour of presenting the cup to the captain of the winning team.

The victory was celebrated with a sumptuous dinner party at Billionaire Mansion Dubai where Flavio Briatore greeted both teams in an elegant and festive atmosphere. 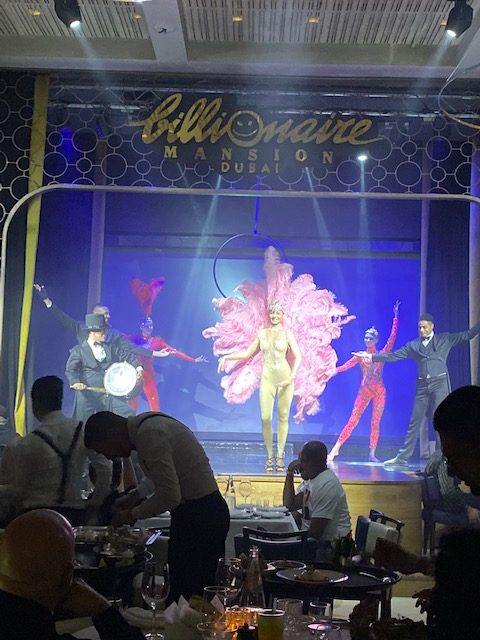 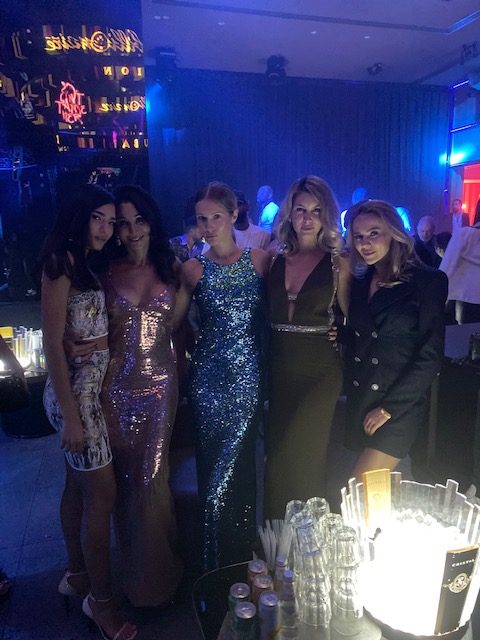