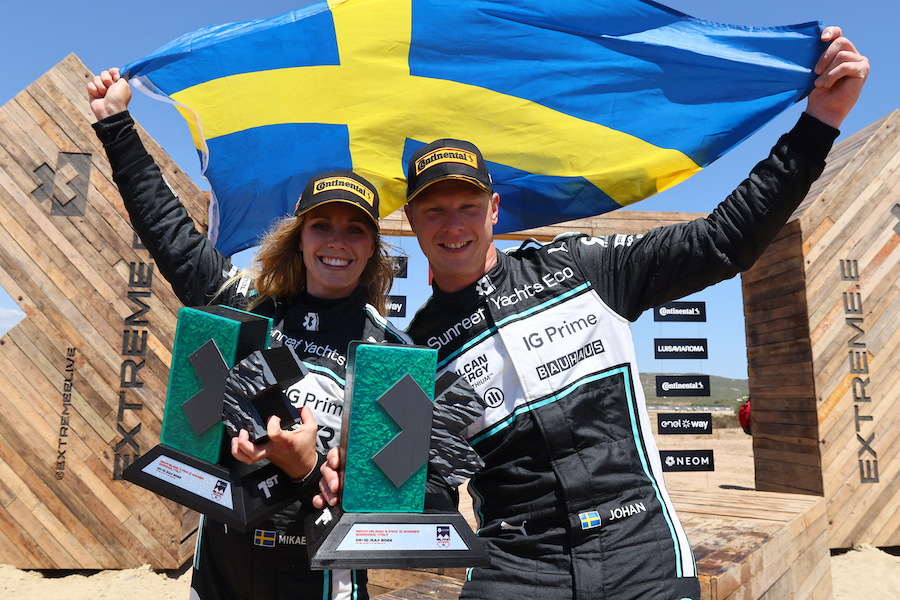 Nico Rosberg’s RXR team has won round three of the second Extreme E season in an action-packed week of racing on the sands of Sardinia.

Rosberg X Racing (RXR) were looking to bounce back from a disappointing first round on Thursday, where after taking the chequered flag, a hefty penalty saw them demoted to the bottom step of the podium. Mikaela Ahlin-Kottulinsky brought the car home for what seemed a comfortable victory, but Johan Kristoffersson’s huge first-lap collision with Carlos Sainz, which brought out a red flag, saw Rosberg’s team handed a 30-second time penalty.

Due to their sizable lead, the team still managed a place on the podium, whilst the No.99 GMC Hummer EV Chip Ganassi Racing team took their maiden victory of the electric rallying series.

RXR went into the second race of the week, and the third round of the series, looking to once again hit the front. The team have looked imperious, not just on the sands of Sardinia, but since the inception of the series over a year ago.

The reigning champions made light work of getting into the final, but didn’t have things all their own way in the race itself. Nasser Al-Attiyah gave the ABT team a healthy lead after his stint, but things fell apart for the team during the crossover.

Comically, it was the benign infringement of forgetting to put on her seatbelt that cost Jutta Kleinschmidt and the rest of the ABT team a place on the podium. That decision, however, was taken post-race so in her mind, RXR’s Ahlin-Kottulinsky needed to chase down the ABT for the victory.

She pulled off a spectacular late overtake through the water to take the lead and the chequered flag. ABT came home in second, but were later disqualified for the seat-belt infringement, giving Lewis Hamilton’s X44 side second place.

“It is such a pleasure to work with this team,” Rosberg said post-race. “It reminds me of my F1 days. It’s been a great team effort with everyone giving their best and being at the height of their game. Both drivers have been performing at an incredibly high level… I couldn’t be prouder.”

Extreme E doesn’t return until late September now, when the penultimate race of the season, the ‘Copper XPrix’, will take place in Chile.