Rumours of a mass clear-out at AS Monaco dissipate

Rumours of a mass clear-out at AS Monaco dissipate 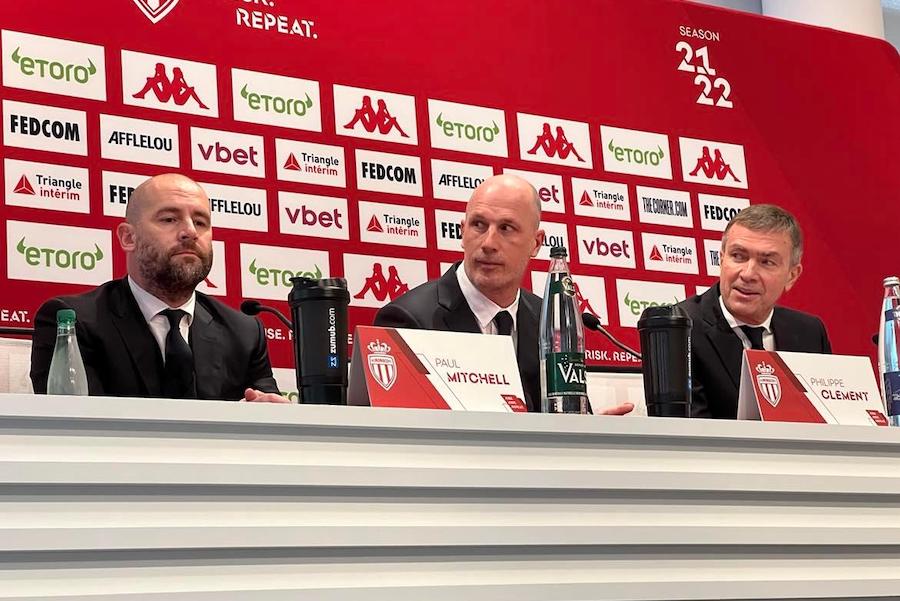 Philippe Clement’s response to the startling rumours posted in L’Equipe on the eve of the PSG fixture has been two-fold: discourse and action have quashed notions of an impending doom.

Clement’s rejection of the claims at Friday’s press conference in La Turbie put to rest the underlying uncertainty that had surrounded the club throughout the international break. Ironically, since the story surfaced, there has been a notable mood shift, despondency has turned into hope as AS Monaco’s stuttering season is re-ignited.

The night before Monaco’s clash against PSG, L’Equipe released an article stating that the owner Dmitry Rybolovlev was set to “clean the house” by sacking not only Clement as manager, but also Paul Mitchell (Sporting Director) and Oleg Petrov (Vice-President).

The article went on to state that the timing was not “fixed”, but that the decision had already been taken. An “angry” Rybolovev was seemingly set to wield the axe and reconstruct the entirety of the club’s hierarchy in one swift blow.

In the aftermath, it argued that Vice-President and husband of Ekaterina Rybolovleva, Juan Sartori, would play a larger role in the running of the club. All of this was in reaction to a month in which Monaco’s season had completely derailed. Out of the Coupe de France and then the Europa League at the hands of what was perceived to be an inferior Braga side, expectations were being lowered on an almost daily basis.

The next day, a Monaco side in complete turmoil came up against PSG. Yet the crisis off the pitch had little to no bearing on what transpired on it. A 3-0 victory dampened the bombastic remarks made in L’Equipe the night before, although a cloud of uncertainty still lingered.

“I am focused on my job”

The incremental dispersal of that cloud continued on Friday when Clement spoke for the first time about those rumours. “I was surprised,” the Belgian coach, who had not long since assumed his role, began. “With the staff and the players, we concentrated on the match, that was clear. I came here in January with a two-and-a-half-year contract, into an ambitious project to technically, physically, tactically and mentally improve and develop young players.”

Most importantly, he said, “I am concentrating on my mission, and I have received absolutely no sign from anyone at the club regarding what was written. I am focused on my work, as we all showed against PSG.”

It is not just his discourse that has dampened those rumours, but the club’s on-field actions, which allude to a late push towards the European places, perhaps even towards the Champions League. Although the current occupier of that podium spot, Rennes, are still six points away, a momentum provided by back-to-back wins for the first time under Clement in Ligue 1, and a squad that is gradually re-finding its feet in terms of fitness and form, provides a glimmer of hope.

Mood and momentum are now on Monaco’s side, but that’s not to say that their run-in is easy, anything but. Difficult matches against relegation strugglers are interspersed with battles against competitors for the European places. Different challenges require different approaches, and there is no more room for missed steps in the coming weeks.

The last two matches have, however, given purpose to the remainder of the season, as ambitious targets of European football can once again return to the forefront, whilst talk of mass upheaval dissipates.