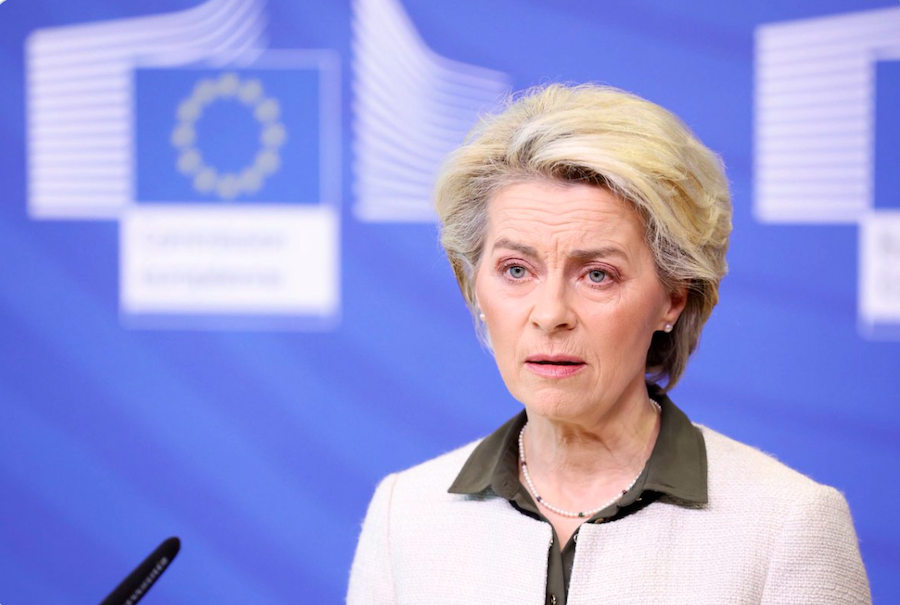 Speaking beside EU foreign policy chief Josep Borell, European Commission President Ursula von der Leyen said Russia Today and Sputnik “will no longer be able to spread their lies to justify Putin’s war and to sow division in our union”.

Von der Leyen also said the bloc was taking the unprecedented step of financing €450 million in arms to Ukraine and introducing restrictions on exports from Russian ally Belarus.

Ukraine on Sunday said it would hold talks with Russia at its border with Belarus after a phone call between President Volodymyr Zelensky and Belarusian leader Alexander Lukashenko.

Ukraine filed a lawsuit against Russia at the highest UN court in The Hague for disputes between states, President Volodymyr Zelensky said on Sunday.

The US, Britain, Europe and Canada moved to block Russia’s access to the SWIFT international payment system as part of another round of economic sanctions against Moscow.

The Élysée Palace announced Saturday that France would take action against Russian disinformation and send defensive weapons to Ukraine while Germany approved the delivery of 400 anti-tank rocket launchers.

More than 368,000 Ukrainians have fled, mostly to Poland and Moldova, according to the UN refugee agency.