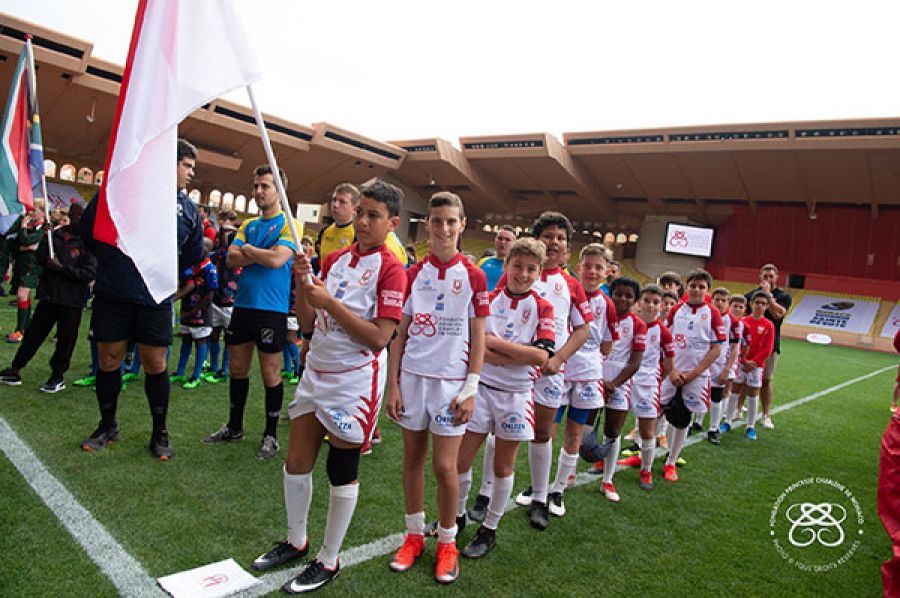 After a two-year hiatus, the Sainte Dévote Rugby Tournament for under 12 year-olds is returning to Stade Louis II this coming weekend for a day of fun and friendly competition.

The 10th edition of the Sainte Dévote Rugby Tournament has drawn quite a crowd this year. A grand total of 16 teams from 14 countries will be participating from places such as Andorra, Belgium, Spain, France, Georgia, Ireland, Italy, Luxembourg, Morocco, Monaco, Switzerland and from nations even farther afield like United Arab Emirates, Ecuador, and Mauritius.

Created back in 2009 following an agreement between the Monegasque Rugby Federation and the Rugby Club Lucciana in Corsica, the tournament has evolved to become a sort of gold standard for children’s rugby, promoting sportsmanship, tolerance, discipline and respect.

This year’s competition, co-hosted by the Princess Charlene of Monaco Foundation, brings together young players, all under the age of 12, to compete in friendly games with the express hope that they make some new friends along the way. The event will include not only the regular matches but will also offer courses for young adults and children with disabilities.

Special guest and French National Team player Mathieu Bastareaud will be on hand during the event and kids will get to meet him throughout the day.

The matches will start on Saturday 7th May from 8:45am at Stade Louis II and run all day until the awards ceremony at 5:30pm.