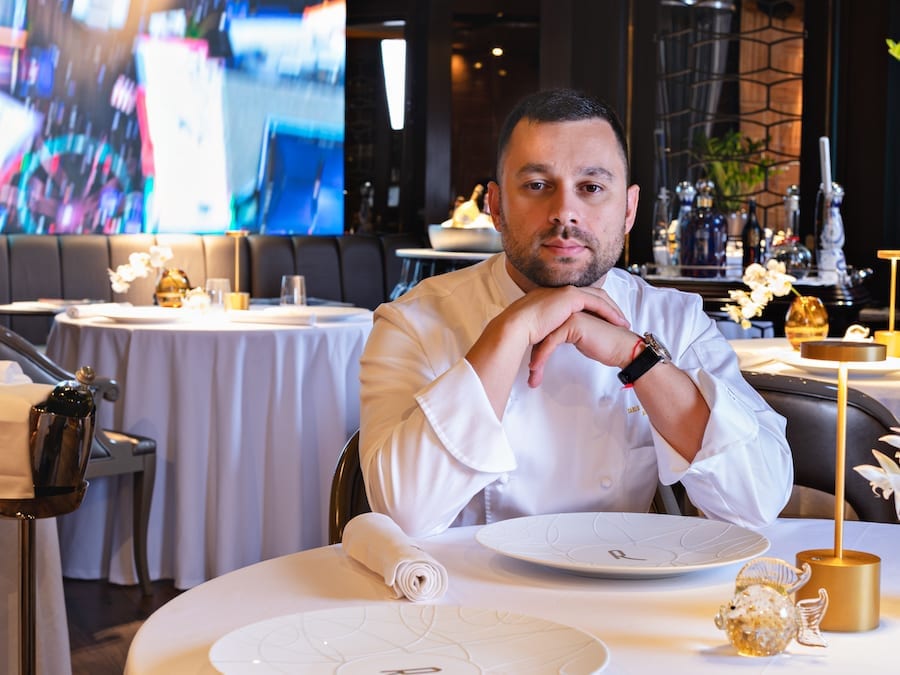 Monaco’s Antonio Salvatore has gained a Michelin star for the five-table fine dining restaurant he created less than 12 months ago in the middle of a worldwide pandemic.
Despite criticisms that this year’s Michelin Guide should not go ahead, the adapted 30th annual award ceremony was livestreamed from the Jules Verne restaurant on the second floor of the Eiffel Tower in Paris on Monday.
The awards for the 2021 Michelin Guide for France were based on reviews of restaurants that have spent a large part of the past year completely closed by some of Europe’s strictest lockdown measures. In fact, the guide said its anonymous reviews were squeezed into a six-month period between lockdowns in France.
“It’s an important decision to support the profession despite the context, and maybe even because of the context. It was necessary to maintain these announcements,” Gwendal Poullennec, international director of the guides, said during the ceremony broadcast on Facebook. “It’s an occasion to shine a spotlight on all these talents, to encourage them and to keep restaurant patrons motivated.”
Antonio Salvatore opened his fine dining restaurant in the middle of a worldwide pandemic, telling Monaco Life in September 2020: “A very small number of people in the world were brave enough to open a gastronomic restaurant during Covid, and I was one of them.”
Well it certainly paid off. The intimate five-table restaurant, situated in the basement below its more famous sister-restaurant Rampoldi, was awarded a Michelin star within the first 12 months of opening – an incredible achievement in itself.


Michelin had promised no three-star chefs would be demoted this year because of the health crisis. As a result, Le Louis XV-Alain Ducasse at the Hôtel de Paris and Menton’s Mirazur have both kept their three stars.
Any stars removed were for restaurants that had closed or changed dining concepts.
The year’s only new three-star chef was Alexandre Mazzia for his Marseille restaurant AM, featuring compositions such as algae popcorn, smoked eel and chocolate, and raspberry sorbet with harissa.
Michelin also noted the success of the “culinary jewels” Mazzia has been offering from a food truck during the pandemic, with meal baskets sold for just €24. “The idea is to not be a victim of this lockdown, to keep your head above water and keep the fire alive – it’s like training, even though the game is different,” he told AFP last year.
Michelin also promoted two restaurants to two stars: Helene Darroze’s Marsan in Paris, and La Merise, an Alsatian restaurant near Strasbourg opened by Cedric Deckert and his wife four years ago.
La Table d’Antonio Salvatore was one of five new restaurants to receive their first star in the Côte d’Azur region. The others were Les Agitateurs (Nice), Colette Hôtel Sezz (Saint-Tropez), Louroc – Hôtel Eden Roc (Antibes) and L’or Bleu (Théoule-sur-Mer).
First Michelin starred vegan restaurant
Chef Claire Vallée, head of ONA (Origine non-animale) was awarded the first Michelin star in France for a vegan restaurant. The restaurant, in Arès, Gironde, was established in 2016 through a crowdfunding campaign, helped by honour loans and an ethical bank (La Nef) because traditional banks did not believe in the project. Featuring on her seven-course gourmet menu is, notably, ‘fir, porcini, sake’ and ‘celery, tonka and amber beer’. The chef was also awarded a green star, introduced last year to reward establishments for their eco-responsible approach to food.
Six Michelin restaurants in Monaco
Antonio Salvatore’s award brings the total number of one Michelin star restaurants in Monaco to five. The others are Vistamar, Le Grill, Yoshi and Le Blue Bay. Le Louis XV is the Principality’s only three star restaurant.
Photos courtesy La Table d’Antonio Salvatore