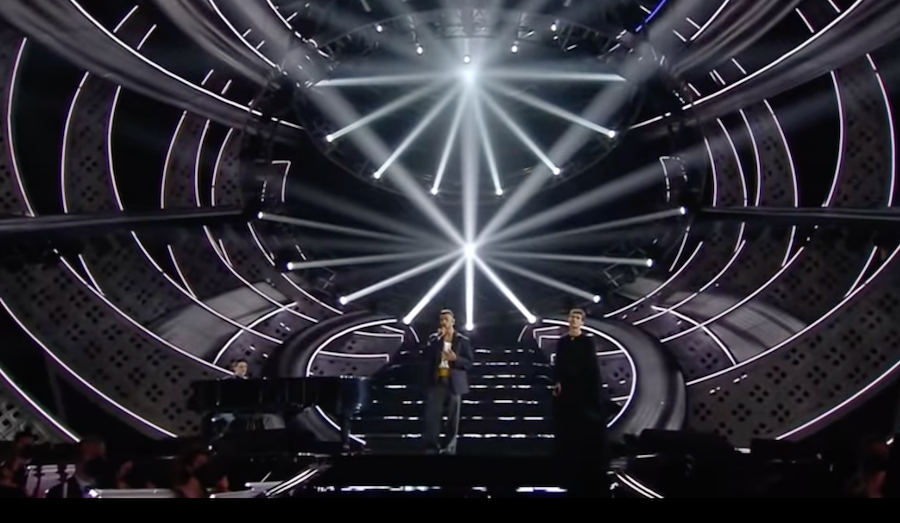 The 72nd Sanremo Music Festival is running now until Saturday 5th February with a total of 25 acts playing over the five nights. The winner of the competition will have the chance to represent Italy at the 2022 Eurovision competition being held this year in Turin.

The first two nights split the acts in half for their debut performances and on the third night, Thursday, all 25 acts will reprise their acts in a single evening.

Friday night is cover night, where the performers will team up with a non-competing artist to do a duet of an Italian or international classic tune from the 1960’s to the 1990’s.

All-time international favourites such as the 1963 Ronettes hit, ‘Be My Baby’, Elton John’s ‘Your Song’ from 1970, ‘Hit Me Baby One More Time’, the Britney Spears hit from 1998, 1983’s ‘What a Feeling’ by Irene Cara and Aretha Franklin’s 1967 classic ‘(You Make me Feel Like ) A Natural Woman’ are amongst the songs audience members will be able to enjoy. Add to this the selection of all-time classics by Italy’s own artists over the decade and music lovers will have a night to remember.

Saturday, the fifth and final evening, will see the acts perform one final time before the winner is selected.

There is a twist to the contest, though. Differing from other Eurovision-related contests, the winner of the night is not necessarily going on to compete at Eurovision.

The performers were all asked ahead of time whether they would be willing to represent Italy in the contest, which will be held in May. If the winner of Sanremo has not indicated they would like to go onto Eurovision, RAI will choose another act internally to attend.

The Sanremo Music Festival is the world’s longest running annual television music festival. The first edition was held in January 1951 and was broadcast on RAI radio station Rete Rossa with only three competitors singing 20 songs. It came about as a way to revitalise the economy after the devastating effects of World War II and became an Instant hit with music fans.