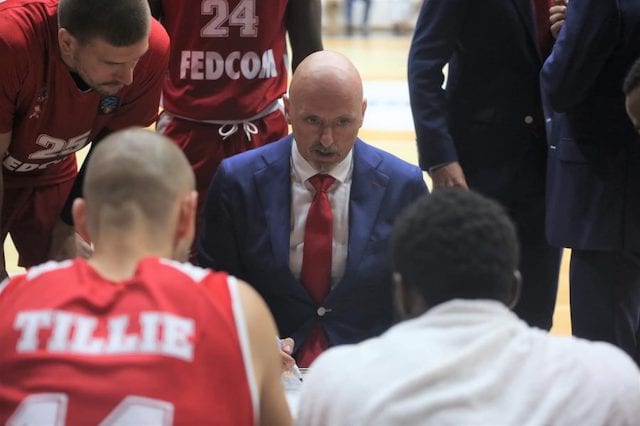 AS Monaco Basketball coach Sasa Obradovic has signed a “gentlemen’s agreement” contract to stay on with the team for the 2020-2021 season.

The Serbian head coach of the AS Monaco Basketball team has agreed to stay on with the team he has taken to the top of the league, being in first place in Jeep Elite before lockdown and set to take on Virtus Bologna in the EuroCup quarterfinals.

The 51-year-old spoke to Monaco Matin and opened up about his thoughts on the Principality and the team.

“My intention is to stay in Monaco,” he revealed. “The most important thing now for the Roca Team is to finish the job and this translates into the desire to win the championship.

“Beyond my very good relations with the whole club, everyone can see that we have done a good job for over a year and two seasons. The most important thing now for the Roca Team is to finish the work and that translates into the desire to win the championship. Compared to the supporters who identified with the team, compared to my friends who are close to the team, it would be really difficult for me to leave. I leave no doubt, I really want to continue my mission. I feel at home at AS Monaco, it is also important for my family and myself. I think we can continue to build beautiful things together.”

The coach has clearly inspired loyalty, as Roca Team President Sergey Dyadechko agreed, saying, “Too many questions and uncertainties remain. But I’m glad that almost all of the players in touch with the coach have said they want to return to Monaco. They are confident that this team will get the best results and they want to prove it.”

Obradovic came to the club in the 2018-19 season and they have blossomed under his guidance. He was a former player himself, a point guard, playing with various European outfits from 1987 to 2005. When he retired from play, he jumped directly into coaching and led half a dozen teams before settling in Monaco.