“Touched by fairies” by Marie Desplechin with Ariane Ascaride. 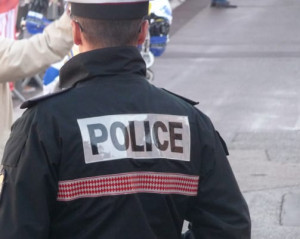 UPDATE February 27, 2017: The Monaco prosecutor's office has opened a dossier following the discovery on Friday of the body of an Italian chef at Pulcinella, the popular upmarket restaurant at Le Portier. Hervé Poinot, an assistant prosecutor, said that there were indications of premeditation or an ambush. Another inquiry has been opened in Italy by the Imperia public prosecutor's office, due to the fact that the alleged perpetrator of the stabbing is of Italian nationality and was arrested in Bordighera after fleeing the Principality. Monaco may ask for the extradition of the suspect, named as Ricard Nika, but there is no certainty that the Italian authorities would agree to it. At the moment, the suspect is still being held in jail in Imperia. ARTICLE FEBRUARY 24: A thirty-year-old Sicilian man was found stabbed to death Friday, February 24, at 5:45 pm, in the cellar of Pulcinella in Monaco by an employee re-opening the Italian restaurant for dinner service, according to Monaco-Matin. First reports claim the Public Security and Monaco fire department arrived shortly after at the eatery at 17 rue du Portier in Larvotto, which first opened in 1979. The crime weapon, a knife, was also found on the scene. The victim, a chef, was reportedly pronounced dead at 6:15 pm. He was married and lived in Menton. Purportedly, just after 6:30 pm, the suspect, Ricard Nika, was picked up by the police in Bordighera, where he lives. The alleged perpetrator of the stabbing is an employee at the same restaurant. According to Italian press, "I fought with a colleague in the restaurant where I work, so I stabbed him, I do not know if he is alive or dead," the 30-year-old Albanian told the police. While the motive remains unclear, according to the prosecutor's office, a witness reportedly said that "a dispute between the victim and another employee of the Pulcinella restaurant had taken place a month earlier".. Article first published February 24, 2017.