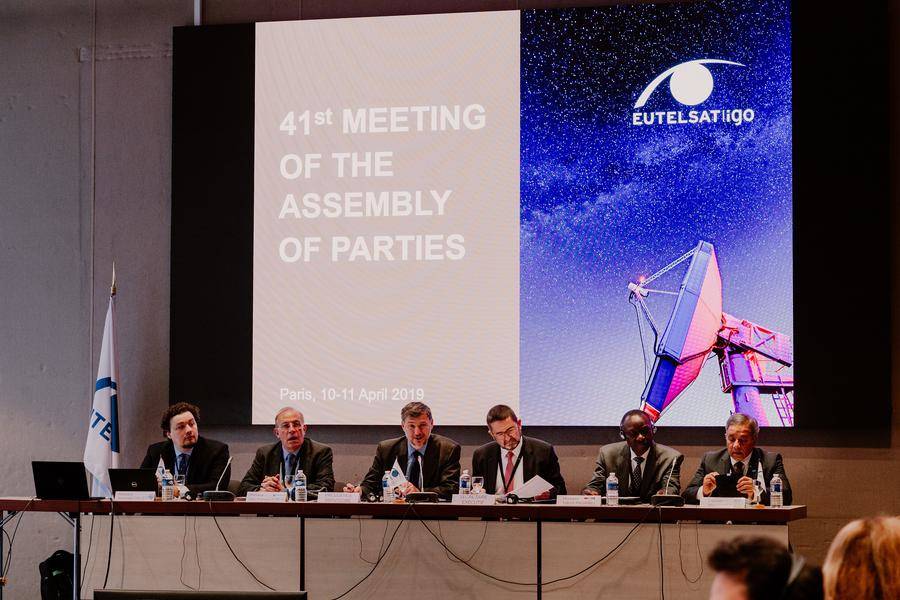 The Principality of Monaco has been re-elected as president of the general assembly of the intergovernmental organisation Eutelsat-IGO.

A Monegasque delegation took part in the 41st assembly meeting, which was held in Paris on 10thto 11th April. Frédéric Labarrère, Minister Counselor and President in office since March 2017, was re-elected for two years as president of the assembly of parties by the representatives of European member states of the intergovernmental organisation.

At the opening of the assembly, several high-level participants spoke on the political, economic and technological context of satellite telecommunications.

Over two days many issues were discussed by the experts, including those relating to the use of radio frequencies, the deliberate interference of programs transmitted by satellite, and the participation of Eutelsat-IGO in reducing the digital divide.

The European Telecommunications Satellite Organisation Eutelsat was founded in 1977, establishing the first telecommunications satellite system in Europe. In 2001, the organisation changed status and created the satellite operator Eutelsat S.A., to which it transferred its operational and commercial activities.