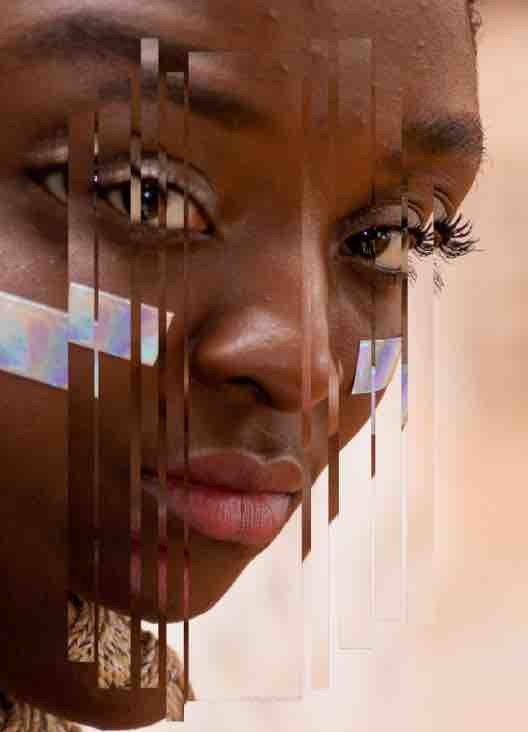 Are you a slave to fashion? Then keep 15th June open on your calendar for the 1st edition of Satisfashion Monaco.

Sponsored by My Style Event, the alwaysupportalentProject, and under the Italian Embassy in Monaco’s patronage, this one-night-only event showcases the latest collections of the fashion world’s up and comers, as well as some established favourites.

Starting from 4pm on 15th June at Le Meridien Beach Plaza, the talents of more than 20 designers will be on display and on sale. Meanwhile, Brazilian artist Marcos Marin will present 20 of his never seen before sculptures.

It’s the a great way to start the summer season, so dress glamorously and make an evening of it. For more information, go to www.alwaysupportalent.com

Photo: Manuel Vitali/DC[/caption] From February 21 to 23, Monaco’s Directorate of International Cooperation brought together in the Principality the six referring doctors of the Sickle Cell Network, from West Africa-Madagascar, to finalise a common guide for the management of the disease. During these three days the doctors finalised the medical guide that will enable health personnel, with little or no training, to the management of the disease, to detect and to treat sickle cell patients in a health centre in a rural area or in a referral hospital. The dissemination of this guide, in the six countries concerned, is scheduled for June 19, World Day for the fight against sickle cell disease. Created in 2013 by the Directorate of International Cooperation, the "Sickle Cell Network" West Africa-Madagascar aims to strengthen partnerships between health professionals and patient associations in six countries: Mali, Burkina Faso, Niger, Mauritania, Senegal and Madagascar. Sickle cell disease, an inherited haemoglobin disease, is the world's foremost genetic disease with 50 million carriers. Despite this high prevalence and a very high mortality rate among unsupported children under five, the disease is poorly understood and efforts to research and access treatment remain rudimentary. 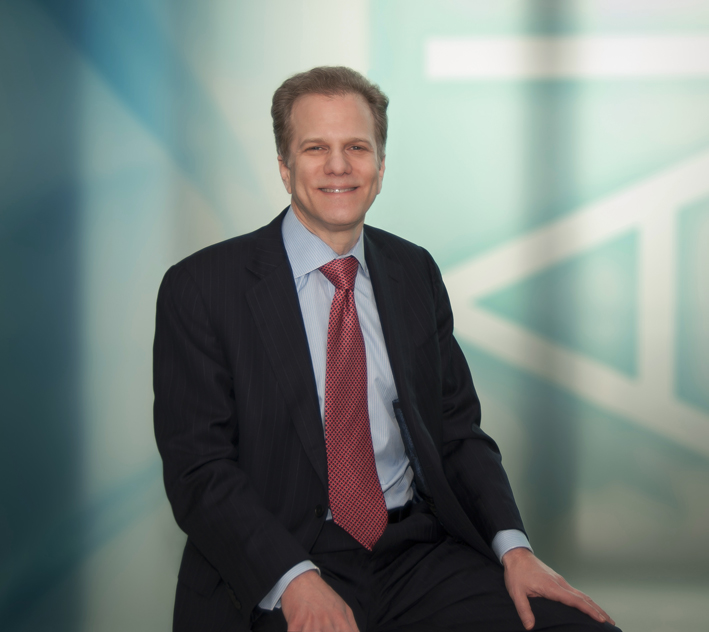 Seth Grae, President and CEO, Lightbridge Corporation[/caption] ML: You are from New York. How did you end up in Virginia as President and Chief Executive Officer of Lightbridge Corporation? SG: A college class in astrophysics helped spark my interest in all things nuclear. In law school I represented Soviet nuclear scientists pro bono, helping them receive exit visas, and my experiences with them added to my interest in nuclear as a global energy source. Originally I worked in nuclear as a lawyer and later obtained an MBA and focused on management. I’ve worked only in nuclear power for over 20 years. ML: Tell us about Lightbridge. SG: In 2008 we wrote the strategic plan for nuclear power for the Government of the United Arab Emirates, which is doing a fantastic job safely deploying four plants on schedule. We’ve advised several governments since, and we still provide advisory services in Abu Dhabi. Using the revenues from the consulting work, supplemented by equity investments, we launched a project to develop new fuel for both existing and new reactors to dramatically improve their safety and economics. In 2010 we announced the concept of a metallic fuel for power uprates to reactors and improved safety margins. With Fukushima and the collapse in natural gas prices, nuclear utilities are focused on safety and economics. We chose to patent the technology that we invented, which allows Lightbridge to be transparent. The most prestigious nuclear technology journal published a peer-reviewed article about our nuclear fuel technology; some nuclear technology companies have avoided independent peer review. Siemens has issued a report on the value proposition of Lightbridge fuel. Four large American nuclear utilities have submitted to the US Nuclear Regulatory Commission their positive assessment of the technology and asked the NRC to prepare to receive the first license application in 2017. The Norwegian nuclear regulatory authority has praised the safety of Lightbridge’s technology in its license to begin demonstrating the nuclear fuel in the Halden Reactor this year. ML: What is the relationship between “developing and commercialising next generation nuclear fuel technology” and a “meaningful impact on preventing climate change”? SG: Nuclear reactors emit no climate change gasses. Lightbridge fuels allow reactors to generate even more carbon-free electricity through a power increase. Increasing nuclear power from existing plants as well as new ones with Lightbridge fuel will help the world meet its climate and energy goals. ML: What is something that would surprise people to learn about nuclear fuel technology? SG: Nuclear fuel has hardly been changed at all since the beginning of the industry. It’s at its limit and can’t safely be used to increase power for reactors to compete against natural gas. There must be a new type of fuel if nuclear plants are going to become safer and more economical. Lightbridge has invented and is developing that new fuel. ML: How has your sector changed over the past decade and where do you see it going over the next 20 years? SG: It’s become harder to make the economic case for nuclear power versus natural gas. While there is a net increase in nuclear power globally, many plants have closed and some of the largest companies are in trouble. In the next 20 years I think the industry will continue to focus on the existing types of plants, as it will take much longer than 20 years for whole new types of reactors to be designed, licensed, and deployed at any significant scale. Lightbridge’s fuel is designed for the existing types of reactors and some of the concepts for new ones. ML: In December 2016, you were appointed to the Civil Nuclear Trade Advisory Committee (CINTAC). Tell us about the significance of CINTAC and your involvement? SG: CINTAC advises the US Secretary of Commerce, Wilbur Ross, primarily on how we believe US government actions can help increase exports from US nuclear power companies. I represent small companies, including Lightbridge. [caption id="attachment_10680" align="alignnone" width="670"] 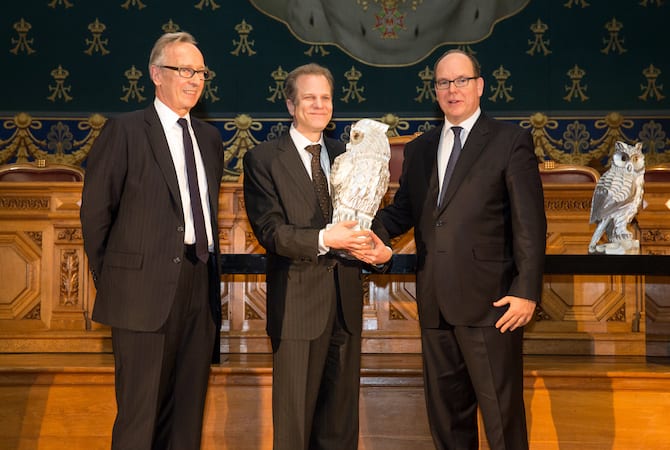 HSH Prince Albert presenting Seth Grae of Lightbridge Corporation with the Research Award in the presence of Mungo Park. Photo: CleanEquity® Monaco[/caption] ML: Last year was your first time attending CleanEquity® Monaco (CEM). How did you meet Mungo Park and become involved with CEM? SG: We met through an investor relations professional in New York who had dealt with Mungo. I first met with Mungo in London and described Lightbridge and I was very happy to be invited to participate in CleanEquity® Monaco. ML: How was presenting at CEM different from your experiences at other types of events? SG: CEM was the best experience I’ve had at a conference. The investors are high-end and are interested in both profits and environmental sustainability. The presenting companies have been well-screened. The conference is well-run, with the right balance between formal presentations and informal interactions. ML: Why do we need CleanEquity® Monaco? SG: So small companies with great technology that can be profitable and high-end investors can meet each other and start working together. ML: Lightbridge Corporation was presented with CEM’s 2016 award for Excellence in the Field of Environmental Technology Research. What impact has this made over the last year in terms of exposure for Lightbridge? SG: We’ve had a remarkable year since receiving the CleanEquity® Monaco award, moving from technology research to major accomplishments in developing the technology towards commercialisation. We’re now forming a joint venture with the world’s largest manufacturer of nuclear fuel and we’re working with large electric utilities that are taking steps to use the fuel in their reactors. I think the exposure that came with the award helped create a buzz in the nuclear power industry and in governments about Lightbridge’s technology that helped lead to these remarkable developments.