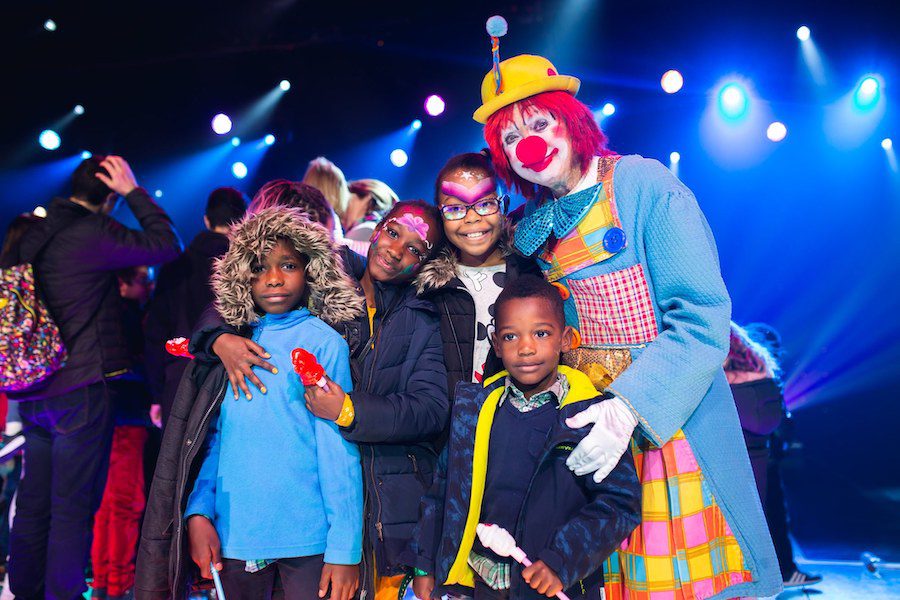 Local charity Les Enfants de Frankie will be organising back-to-back events in December to benefit sick and disadvantaged children, including the popular Kids Nite and Day.
Formerly known as Kids Nite, the event being held on 5th December is now called Kids Nite and Day. The festivities start with a Brunch Party that runs from noon until 4pm at the Salle Empire in the Hôtel de Paris. Guests will be entertained with activities, a dance floor and a show.
Held under the patronage of Caroline, Princess of Hanover and supported by G&M Design, the event will raise money for the 24th annual Frankie’s Christmas day on 22nd December, when gifts will be distributed at the Palace to hundreds of children in difficulty, giving sick kids or those from underprivileged backgrounds a dose of proper holiday cheer. Additionally, a screening of the best moments from the past decade will be shown for added fun.
Tickets for Kids Nite and Day are €150 per person and the dress code is chic. Spots must be reserved in advance as space is limited.
The following day, Monday 6th December, is the association’s 17th annual Monaco Red Nose Day. Les Enfants de Frankie has teamed up with Smiley World Limited for the sixth time to organise the event, which also shows support to children in difficult circumstances.
The funds raised from the Red Nose Day allow these children to take educational, cultural or therapeutic outings they may not otherwise be able to do. A portion of the donations also goes toward medical or transport equipment to make the daily lives of these kids easier.
For just €2, a red foam ball, or “nose”, can be purchased from one of several vendors in the area. On the 6th, all those who bought a red nose are asked to display it on their vehicle in a show of solidarity.
The red noses can be purchased at Carrefour Commercial Gallery sales stand on Wednesday 27th October, at the Carrefour hypermarket from 29th October to 19th November, and at the post office, pharmacies and participating companies from 2nd November to 6th December.
Created in November 1997, Les Enfants de Frankie supports sick, disabled or disadvantaged children living in Monaco and the Provence-Alpes-Côte d´Azur region by bringing them comfort and cheerfulness. The charity works with hospitals, social services, care homes, childhood aid facilities and over 200 other organisations that touch the daily lives of children in need.