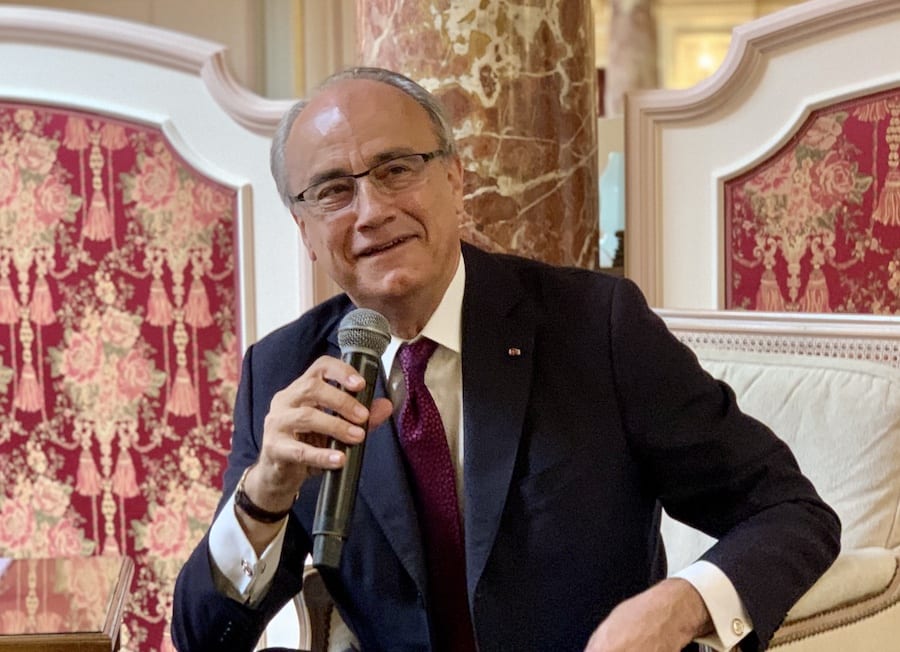 After five months of negotiation, Société des Bains de Mer, Monaco’s largest employer, has reached an agreement with staff that will result in over 200 voluntary retirements and four forced retirements.
Société des Bains de Mer (SBM), a company almost wholly reliant on tourism and events, began negotiations with unions in October in an effort to reduce costs amid a massive drop in turnover due to the Covid crisis.
On Thursday, SBM Chairman and CEO Jean-Luc Biamonti announced that a “social plan” had now been agreed upon by the board of directors and unions.
The social plan will save the company, which employees 4,000 people, 18.4 million euros per year. It is much less than the anticipated saving of 25 million euros, but Mr Biamonti says that the 227 voluntary departures were more than the company estimated.
“This results in a very low number of forced departures, in this case four positions,” the CEO told Monaco Matin. “We are continuing to work on these four cases, but I believe we are approaching a fixed figure.”
The early retirements will come at an immediate cost of 25 million euros to SBM, and the departures will happen gradually over the next few weeks for those who have not already voluntarily left the company.
Of the 227 job losses, around 43% are in the hotel industry, while 29% are in the gaming sector. Meanwhile, 28% represents “sleepers”, employees of the head office and the artistic direction.
Mr Biamonti says the pandemic forced the company to rethink its overall business strategy.
“We arrived in this crisis a little weak, overloaded with costs, a little too many people everywhere,” he said. “This crisis made people realise that we could not go on like this. It was necessary to lighten up, reorganise a number of services at headquarters, reduce staff in games and hotels a bit.”
In Autumn, the SBM CEO revealed half-yearly figures that showed an operating loss of 43 million euros, and predicted that the second half of the financial year would be worse than the first.
He says now that the situation would have been catastrophic if it weren’t for the government’s CTTR temporary unemployment scheme. And while grateful to have reached an agreement with employees to cut operating costs, he remains concerned about the future of the company in light of the uncertainty surrounding a possible rebound of the pandemic, sensitive border issues, a reduction in air traffic and the current health situation, which is still complex.
“It is complicated to establish a provisional budget for the year 2021/2022 without knowing what the season will be. The first semester (1st April to 30th September) is essential for finances. If activity does not resume until October, 2021 will be another lost year. It must start again, at the latest, in mid-June.”
The National Council has welcomed the positive outcome of negotations, saying in a press statement on Friday that the agreement is “an example of collective success in the face of the crisis.”
The Assembly served as a mediator throughout the months-long discussions between SBM and 18 trade unions. It had requested that as many Monegasques be spared as possible and that forced retirements be limited for all employees.
“The Société des Bains de Mer is not and should not become a company like the others, because through its history, it has a social pact that has been reaffirmed with this agreement,” said the National Council. “With a reduction in structural costs, while maintaining social harmony in the company, this agreement is a first step. It was a necessary prerequisite for the relaunch of the company, in order to overcome the current crisis and to look towards the future.”

Photo of Jean-Luc Biamonti during an Autumn press conference, by Monaco Life