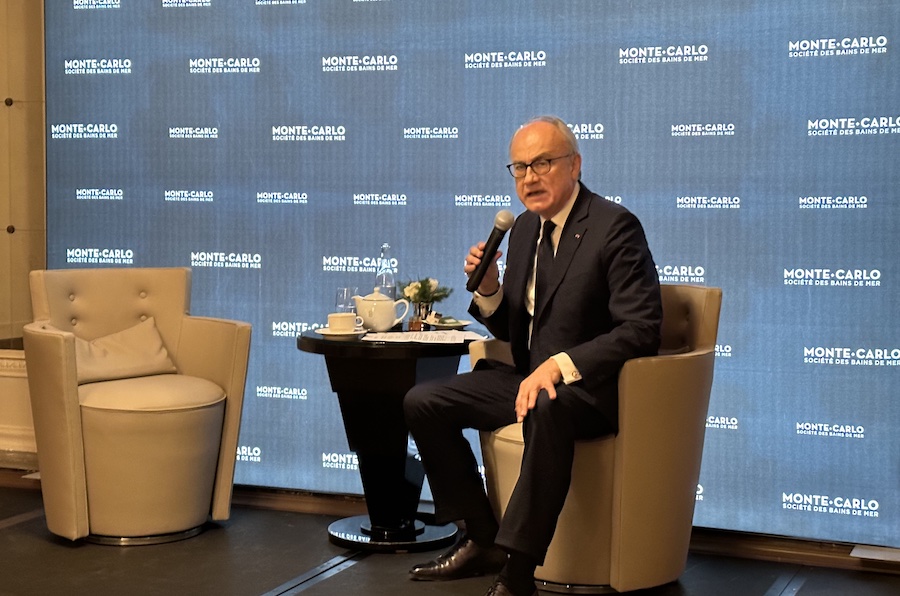 Outgoing SBM president Jean-Luc Biamonti has delivered very strong first-half results for the Société des Bains de Mer, confirming that he will be leaving the company in the best financial position it has been in decades.

Jean-Luc Biamonti presented the revenue results for 1st April to 30th September 2022 at a press conference at the Hôtel Hermitage on Tuesday.

They show that the Société des Bains de Mer (SBM) is on track to better the 2007/2008 financial year profit of €64.1 million, which has not been broken since.

The strong figures are a result of “revenge spending” in a post-pandemic world, said Biamonti, as well as effective restructuring during Covid, and the huge return on its sale of Betclic Everest Group.

SBM, which owns Monaco’s most famous establishments including the Hôtel de Paris and the Casino de Monte-Carlo, drew in €432.3 million in consolidated revenue in the first six months of the financial year, an increase of €120.9 million on the same period of the 2021-2022 financial year.

The majority came from hotel and catering revenue at €235.4 million, close to €100 more than the previous year, while operating income almost doubled to hit €91.9 million. Revenue from rental activities increased to €62.8 compared to €58.5 million, with the whole of One Monte-Carlo now occupied.

The consolidated net income of SBM now stands at €918.8 million, compared to €45.6 million euros for the first six months of the 2021/2022 financial year. That’s primarily thanks to the sale and contribution of its entire 47.3% stake in Betclic Everest Group to FL Entertainment, which rendered an exceptional profit of €813.5 million.

Next Friday, SBM will hold an extraordinary meeting to ratify the election of Stéphane Valeri on the board of directors, which took place this summer, ahead of his new role as head of SBM in March 2023.