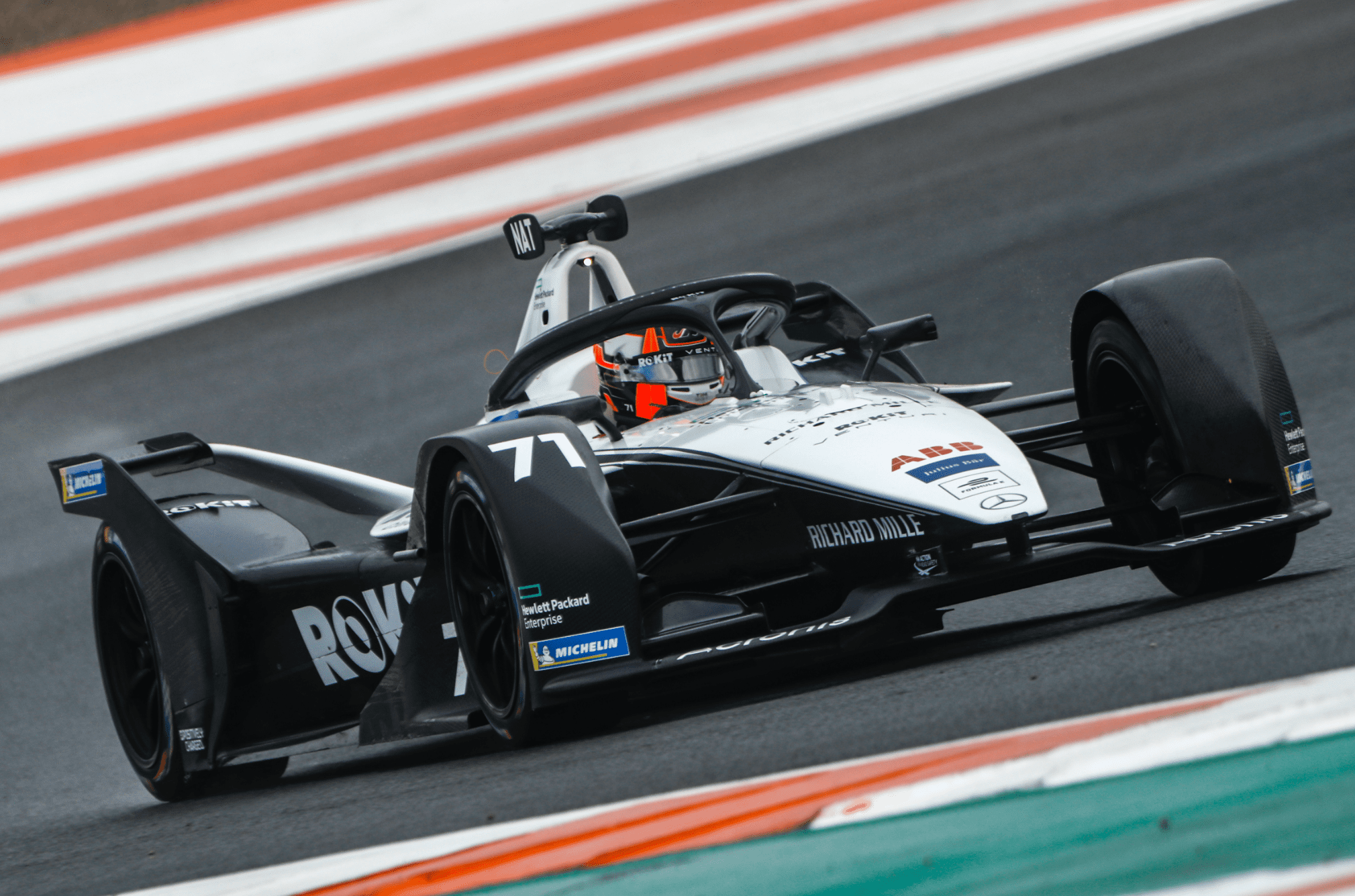 Monaco’s Rokit Venturi Formula E team was kept out of qualifying in Saudi Arabia on Saturday after Edoardo Mortara crashed heavily at the end of practice.
Mortara’s car plunged into the Tecpro barrier after accelerating from a practice start.
Venturi use the same powertrain as Mercedes and all four Mercedes-powered cars were withdrawn from qualifying as the FIA investigated the cause of the accident. It was confirmed that a rear-braking failsafe system failure had caused Mortara to crash.
It overshadowed what had been a promising start to the race on Friday, with Mortara coming runner-up to Mercedes’ Dutch driver Nyck de Vries.
After Saturday’s crash, the Swiss-Italian driver was taken to hospital in Riyadh for precautionary checks and was declared fit to race. However, his team had been unable to fix his car in time to contest the race.
His teammate Norman Nato started the race from P23 and, over the course of the 45-minute + 1 lap affair, Norman gained eight positions to take P15 when the chequered flag, alongside the red flag, was waved.
“After the highs of yesterday, today was a tough day,” said Susie Wolff, Rokit Venturi Racing Team Principal. “I’m glad that Edo is okay after his accident and I’m completely in line with the FIA’s decision to hold us in the pit lane during qualifying. Safety always comes first in motorsport. Our eyes and attention will now switch to the race in Rome this April.”
http://

“I feel okay overall after this morning, but I would be lying if I said I was perfectly fine,” said Edoardo Mortara. “I still have some pains from the crash but I’m thankful and grateful that I don’t have anything more serious. I was a passenger, and that’s a feeling I want to forget. I would like to thank the marshals and medical team for their response to my accident.”
Britain’s Sam Bird went on to win the Formula E night race in Saudi Arabia to maintain his record as the only driver to triumph in every year of the electric series’ existence.
The Jaguar driver, who switched from Envision Virgin Racing at the end of last season, beat former team mate and pole-sitter Robin Frijns by 2.194 seconds around the floodlit Diriyah street circuit near Riyadh.
Twice champion Jean-Eric Vergne finished third for DS Techeetah but was handed a 24 second post-race penalty and demoted to 12th, with team mate and reigning champion Antonio Felix da Costa taking the final podium place.