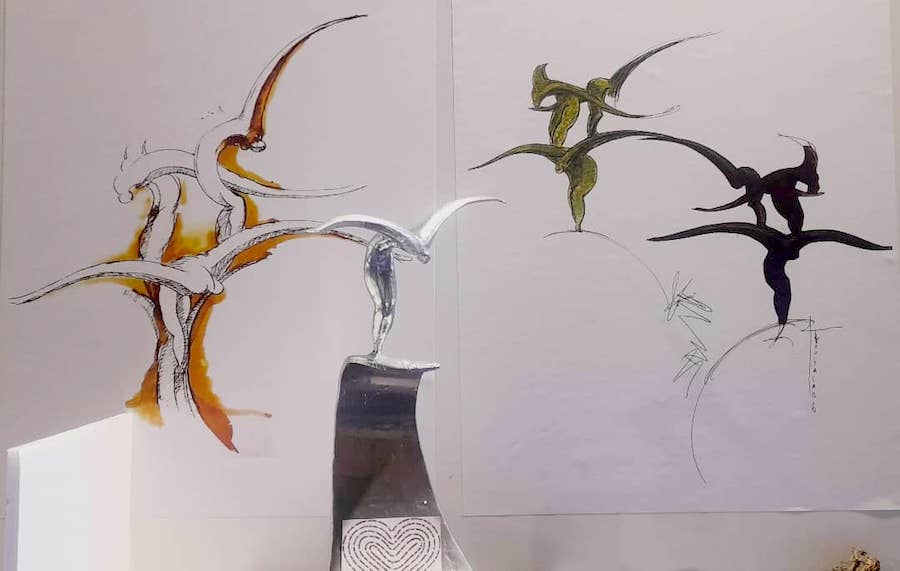 More than six years after the shocking Bastille Day terrorist attacks on Nice’s Promenade des Anglais, a sculpture by artist Jean-Marie Fondacaro has been selected to pay tribute to those who perished or were injured in the attack.

An evening that should have been celebratory turned deadly when, on 14th July 2016, a 19-tonne cargo truck driven by terrorist Mohamed Lahouaiej-Bouhiel deliberately rammed crowds gathered for a fireworks display on the Promenade des Anglais.

The result was a heart-breaking 86 deaths and 458 injuries of innocent bystanders.

Now, the City of Nice and three victim’s associations, Promenade des Anges, Memorial des Anges, and Life for Nice, have agreed on a way to pay tribute to those who were hurt or lost their lives in the form of a four-metre-high statue to be fashioned by local artist Jean-Marie Fondacaro.

Fondacaro was amongst several artists who submitted ideas to the City of Nice after a November call for artists to design and produce a memorial.

On 7th January, the chosen design in miniature was revealed. Entitled The Angel of the Bay, the final piece will be composed of cast aluminium and will be made up of “an enveloping wave, like a protective mantle, a large heart on which the names of the 86 victims are engraved. At its top rises, poised, ready for flight, a bird-man representing a protective angel embodying strength, hope and the aspiration for light. Its face remains fixed on the heart, as its body soars, airy, luminous, propelled by a force of life tenfold towards the horizon. Its arms, its wings are outstretched and envelop in a gesture of union of the whole of the Bay of Angels,” said the artist of the work.

According to Hager Ben Aouissi from Life for Nice, “This sculpture spoke immediately to the associations. It represents what everyone wants. The union of all. It is a symbol which awakens memory. The associations wanted a work that symbolises union, strength, hope and light.”

The associations unanimously chose the piece and it will be installed on the Promenade close to the Hôtel Meridien. For now, though, it is for the eyes of victims and their families only and it is being carefully guarded by city officials.

An official ceremony will be held on 14th July 2022 to publicly present The Angel of the Bay, which will serve as both a reminder as well as a tribute to those lost on that fateful night.