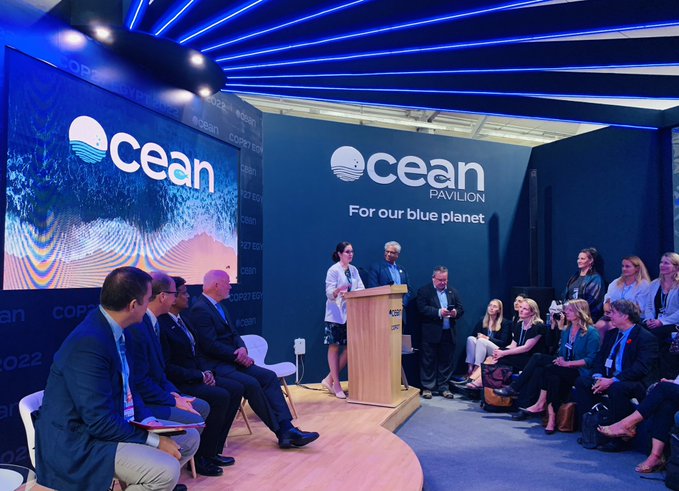 The COP27 summit in Sharm el-Sheikh, Egypt, has attracted world leaders, environmentalists and scientists, all trying to come up with workable solutions to ease the planet’s climate and ecological woes. Here are some highlights so far.

Hot topics at the COP27 conference on Tuesday 8th November ranged from climate action and global warning systems to gender equality and seabed mining, just to name a few.

One of the bigger surprises came from Australian iron ore magnate Andrew Forrest, Executive Chairman of Fortescue Metals. Speaking at a panel discussion on Tuesday at the Ocean Pavilion, he said that he is in favour of pausing seabed mining operations.

Andrew Forest and his wife Nicola fund the Minderoo Foundation with the dividends they get from Fortescue. He said the foundation will back a pause until there’s sufficient evidence that damage to ocean environments can be prevented.

The shift in energy sources and transition to zero-emission targets has led to increasing demand for the metals needed to build batteries and increasing interest by investors, mining companies and some coastal states in seabed mining.

The imminent commencement of seabed mining would involve vacuuming up potato-sized rocks rich in battery metals that blanket vast swathes of the sea floor at depths of four to six kilometres, and are especially abundant in the north Pacific Ocean.

Mining the seabed in areas outside national jurisdiction cannot begin until the International Seabed Authority, a UN body, decides on regulations governing the industry.

“If regulators can’t apply exactly the same whole-of-ecosystem studies, including flora, fauna, terrain and unintended consequence and the same or higher standards, as we do on land, then the seabed shouldn’t be mined,” Forrest said, adding that more efficient mining methods and recycling of existing metals should be explored before seabed mining goes ahead.

Forrest, plans to turn Fortescue into the world’s biggest green energy group and has previously called on rivals to speed up their energy transition and use green hydrogen.

Another highlight of COP27 so far is an announcement by the United Nations of a €3 billion action plan to create a global early warning weather network predicting natural disasters within the next five years.

Investors including the European Investment Bank and Legal and General Investment Management have called for urgent action to include more women in climate action and finance decisions. The investors stated there had been “far too little progress”, especially considering climate change affects women disproportionately. They propose women be better represented in climate finance decision-making and policy framework assessments to even the playing field.

Additionally, Canadian think tank Corporate Knights and the Global 100 Council have put together a joint plan to close the gap between commitment and action on individual countries’ emission reductions. The initiative is supported by over 50 global companies whose combined revenues top $900 billion and are from the worlds of finance, tech, mining and healthcare. All G7 countries, except Japan, have signed on.

Finally, an assessment of more than 400 banks, asset managers and insurers by the World Benchmarking Alliance has shown a lack of transparency and support in relation to sustainability challenges. Less than 40% of financial institutions have revealed long-tern net-zero goals and only 20% have disclosed their impact on communities and the environment.