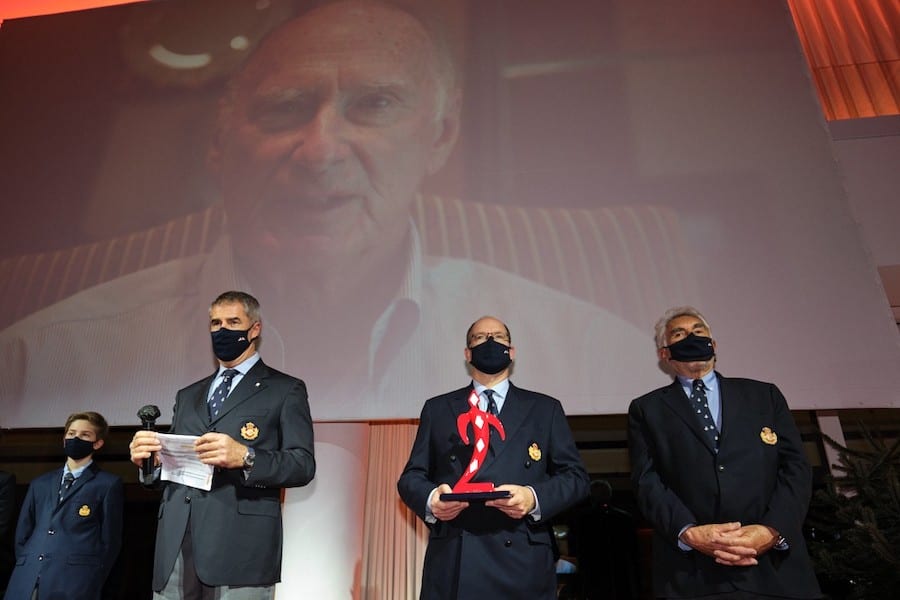 The Yacht Club of Monaco (YCM) Awards may have been held remotely this year, but Club President Prince Albert II still managed to reward sailors who fly the colours of the Principality and make their mark on the world.
The 16th YCM Awards did not look as festive as previous years, but the sentiment was still there.
YCM President Prince Albert II focussed on offshore racing this year, specifically on the participation of Seaexplorer-Yacht Club de Monaco in the Vendée Global. The global solo race is a gruelling test of mettle for any sailor, and skipper Boris Herrmann is doing the Principality proud.
Not only is Herrmann holding his own in the race, he has participated in a “needle in a haystack” sea rescue that saved a fellow racer. He is also collecting vital scientific data to help better understand parts of the oceans that are not commonly frequented by hordes of people.
“Boris’s goal is to collect more data on temperature, salinity and currents, but also the state and chemical composition of the sea in parts of the world less frequented by yachtsmen,” the Prince said in his speech. “Unfortunately, I believe that Boris has already noted the presence of plastic on the surface. I am very proud that we have been able to join the forces of my Foundation and the Yacht Club of Monaco around Team Malizia to make this a sporting and ecological project to protect our seas and oceans.”
It has not exactly been smooth sailing for Herrmann, who has suffered issues with equipment but is still persevering and is currently in 6th place.
“Boris is having a fantastic race,” said Pierre Casiraghi, YCM Vice-President. “The Vendée is a race of elimination, especially in these last two weeks. We have seen lots of breakages on boats. Of course, Boris has had a few small technical issues, forcing him to keep a course further north, but he has managed to preserve the boat which is essential. The milder conditions have enabled him to fix them. For the last couple of weeks, he’s been missing a very important intermediary sail (J2). The boat can now be used in optimum conditions and Boris is in great shape, ready to tackle the second part of the race. It’s incredible that after 37 days at sea, he is neck and neck with four other contestants.” 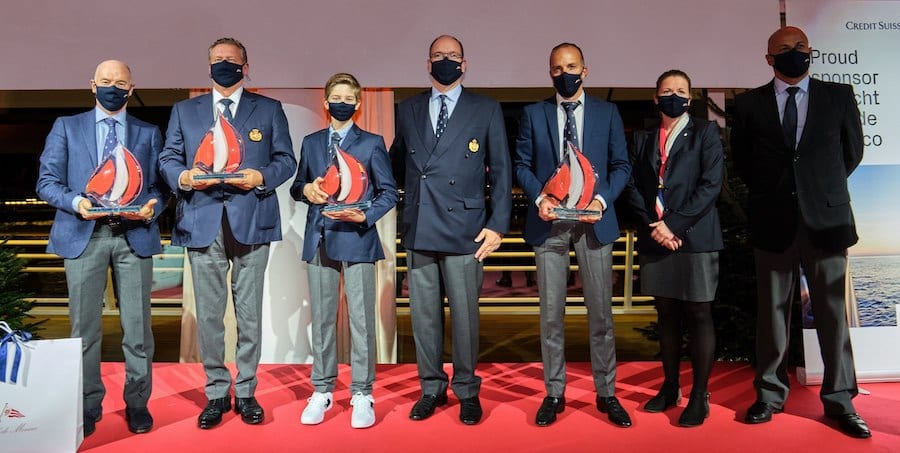 The ceremony was also an opportunity to remind people of the collaborative efforts made by the YCM, the Prince Albert II of Monaco Foundation and Credit Suisse on the Superyacht Eco Association’s SEA Index, which measures the environmental impact of yachts more than 40 metres long to assist them in meeting carbon emission targets.
The awards were then presented, starting with Matteo Asscher, a 13-year-old sailor who came out on top in the Optimist category for his 3rd place finish at the Monaco Optimist Team Race 2020.
Then Pierrik Devic was honoured, receiving a special prize for his win at the Euro Master Circuit 2020 in the Lasrer Radial Master category, and his 4th place finish at the Laser Master European Championship.
The YCM Awards 2020 also recognises members who have best defended the Club’s burgee during the past year. This year’s winner was Timothy Sukhotin, captain of the Beda who won the Primo Cop-Trophée Credit Suisse, Cappa Europa and had a 2nd place win in the Smeralda 888 finale in October.
For the second year in a row, Ludovico Fassitelli took the prize in the J/70 class, finishing 3rd in the 2019/2020 Monaco Sportsboat Winter Series, 1st in the Med Cup, 7th in Malcesine J/70 Cup, 5th in the J/70 Italian Championship and top spot in the Corinthian amateur category.
Finally, the Sailor of the Year Award went to Lord Laidlaw of the Highland Fling/Oui Fling. His third nomination since 2017 for this award, he wins for the “sum of his successes in the world’s most prestigious races.”
“I like new challenges, but above all I love getting a project to work and making it a success, which is not easy,” Laidlaw declared. “It means finding the right boat, a good crew, organising the training sessions… Everything must dovetail to perfection. What inspires me most is winning. I love competing but I prefer winning races even more”.