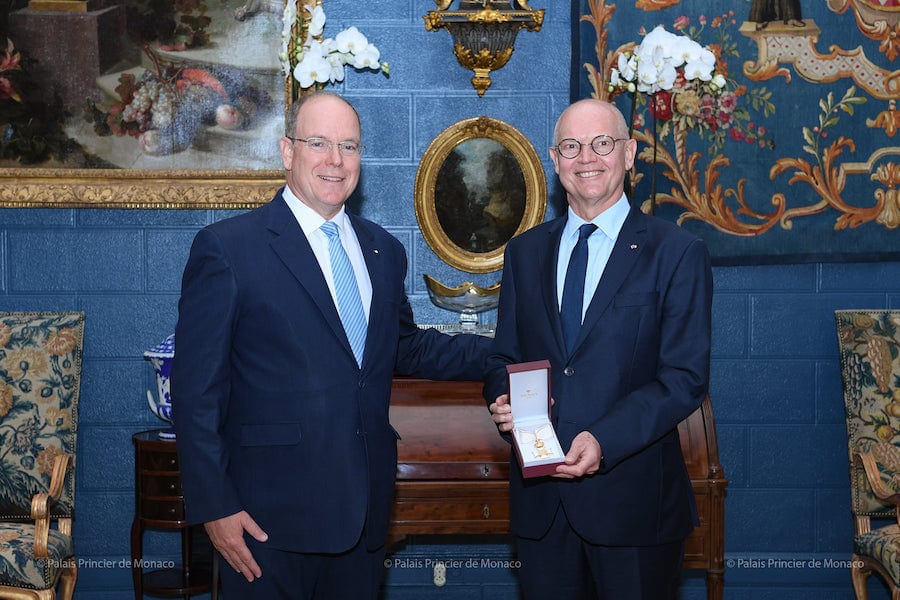 Serge Telle has been awarded Commander of the Order of Grimaldi as his position as Minister of State of the Principality officially ended on Monday 31st August.
Prince Albert II welcomed Mr Telle to the Palace on Friday 28th August to thank him for his loyalty and sense of state throughout his four-and-a-half-year mandate. The Prince then awarded the 65-year-old with the distinction of Commander in the Order of Grimaldi and presented him with a white-enamelled Maltese Cross.
The Commander in the Order of Grimaldi was founded by Prince Rainier III in 1954 to award people who have contributed to the prestige of the Principality with distinction.
Serge Telle began his duties as Minister of State on 1st February 2016. On Tuesday 1st September, Pierre Dartout will take on the most strategic position in the Principality after the Prince. Mr Dartout is a senior French official who, most recently, was the Prefect of the Provence Alpes Côte d’Azur. 66-year-old Dartout has held numerous prefectural posts in France for a quarter of a century.
Photo © Prince’s Palace