Series of electric busses to be tested in Monaco

Series of electric busses to be tested in Monaco 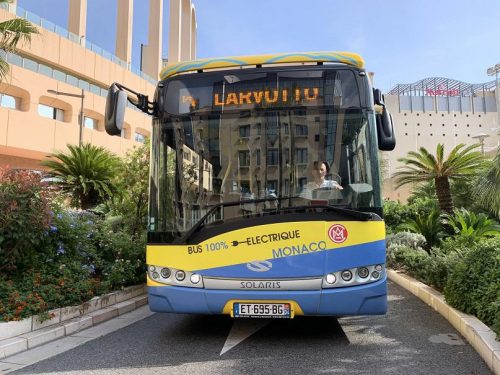 Starting this week, the Principality’s Compagnie des Autobus de Monaco (CAM) will be rolling out four 100% electric buses in the first steps toward electrifying the entire fleet.

Two different types of buses will be tested. First, there are a pair of minibuses measuring eight to nine metres long, then two 12-metre standard sized buses will hit the streets.

Three manufacturers are vying for the contracts to supply the Principality with these new eco-friendly options.

A minibus from Polish manufacturer Solaris will run on the 5 Line from today until 8th November, and on the 3 Line from 9th November until the 24th. From the end of October for a period lasting three months, two buses made by Chinese manufacturer CRRC will be tested. The first is a minibus running on Line 3 and a standard bus on Lines 1 and 2. Finally, in mid-November, a bus made by Irizar, a company out of Spain, will be on Lines 1 and 2.

“The feasibility study will be conducted in parallel by the Directorate of Prospective Planning and Mobility and the Mission for Energy Transition,” Séverine Canis, Director of the DPUM, said. “The objective is to know precisely the operating conditions of electric buses in the Principality, and in particular their energy consumption with regard to the peculiarities of Monaco, including the steep slopes.”

In addition to testing the busses for practical purposes, they will collect data that will allow the government and CAM to decide what charging system will be the best choice for the eventual electrification of the Principality’s 42 buses that serve all six lines of the network.