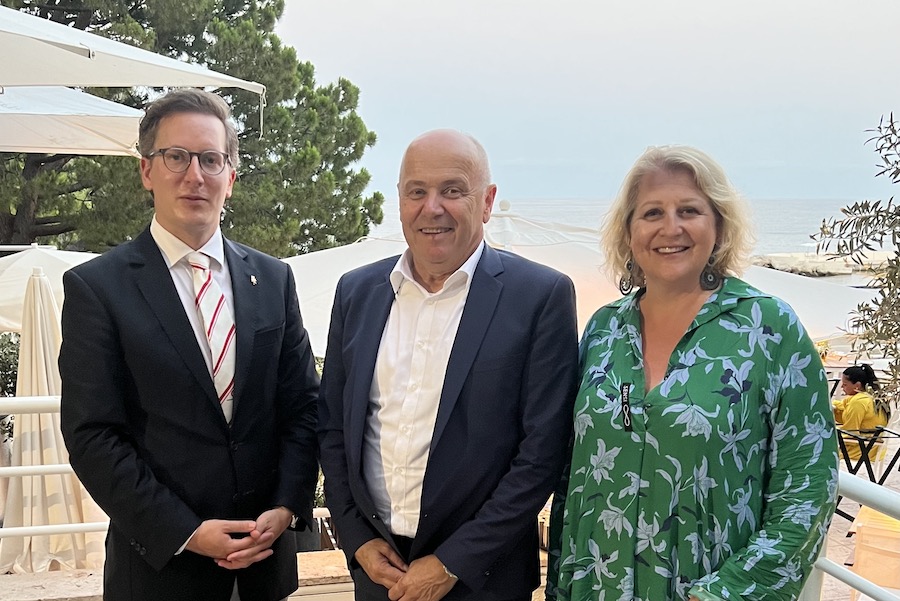 It was a beautiful summer evening as members of the Club Suisse de Monaco and friends of Switzerland attended a lecture by Andreas Maager, the Consul General of Switzerland for Monaco, based in Marseille.

Mr Maager gave exciting insights into his everyday professional life and inspired the audience with many anecdotes from his various places of work, in particular in the middle east.

Maager has worked for the Federal Department of Foreign Affairs (FDFA) since 1984. As Consul General, the St. Gallen native has already worked in Cape Town and Atlanta. He has been stationed in Marseille since 2021. The Swiss Consulate General in Marseille was founded in 1799 and is one of Switzerland’s oldest consular representations. As part of his duties, Consul General Maager is responsible for around 25,000 Swiss abroad, 3,906 of whom are resident in the Alpes-Maritimes. Around 1,148 Swiss nationals are registered in Monaco, making the Swiss the fourth largest community in Monaco after the French, Italians and English.

The Principality of Monaco opened an embassy in Bern in 1959. Since 2006, the Swiss ambassador based in Paris has been accredited to the Principality. Contacts between the two states take place mainly at multilateral level in the institutions of the United Nations (UN), the Organisation for Security and Cooperation in Europe (OSCE), and the International Organisation of the Francophonie (OIF).

The Club Suisse de Monaco was founded in 1949 and is a social club that connects the local Monegasque, Swiss and international community and brings them together for events across and around the Principality.