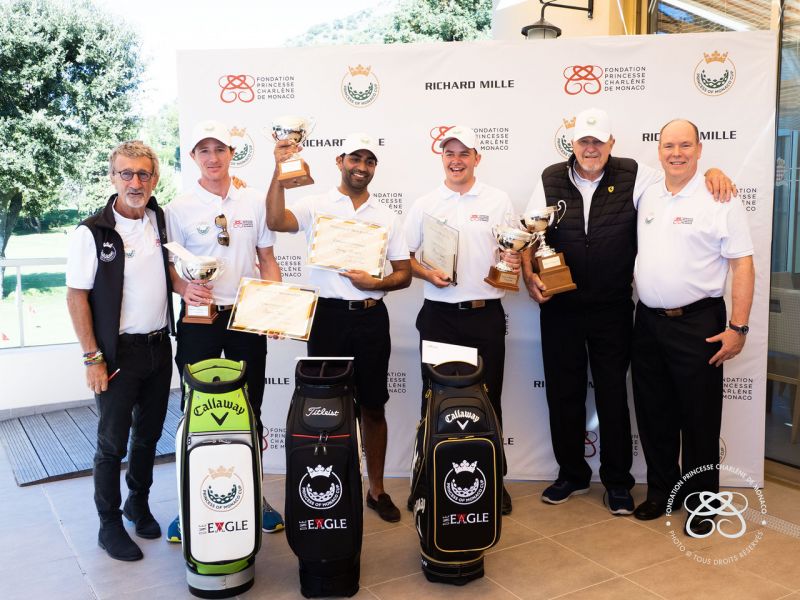 The second edition of the Princess of Monaco Cup golf tournament will take place in September at the prestigious Monte-Carlo Golf Club and end in the iconic Casino Square.

The Monte-Carlo Golf Club, with its stunning location nestled between the sea and the mountains, is the place to be on 16th September for the 2nd Princess of Monaco Cup golf tournament.

On Wednesday 15th September, there will be a cocktail party at the Yacht Club of Monaco where the teams will be selected. The following day is the main event at the golf club, where a welcome coffee will be served before the tournament begins. Afterward, participants will be treated to a lunch at the Club House. This is followed up with a special “19th hole”, which takes place on Casino Square.

The event’s format is known as The Scramble. This informal and friendly form of the game is played by team. At the start of each hole, every player takes a shot. The team then chooses the ball that is best positioned and continues from this spot. The other balls are collected and placed at the designated location to be played. This goes for every hole until all 18 are played.

The beneficiaries of the event are all causes close to the Princess’s heart.

Maison de Vie was opened in 2004 to help people live better with HIV and has 1,300 residents, including children, who can take advantage of the facility’s programmes aimed at restoring health.

The Etafeni Day Care Centre Trust, located in Nyanga Slum, Cape Town South Africa, was created to assist AIDS-affected children aged 3 to 14, most of whom are orphans.

Aqwa Itineris is a portable facility for remote areas without access to public swimming pools and lessons, offering children as young as three a chance to get in the water and learn to swim.

Finally, Project Bhasa, based in Bangladesh, helps 5,000 children aged six to 10 learn to swim, reducing fatal drownings in rural areas. The programme also trains swim instructors, so that long-term lessons can be given to ensure kids will continue to learn water safety.