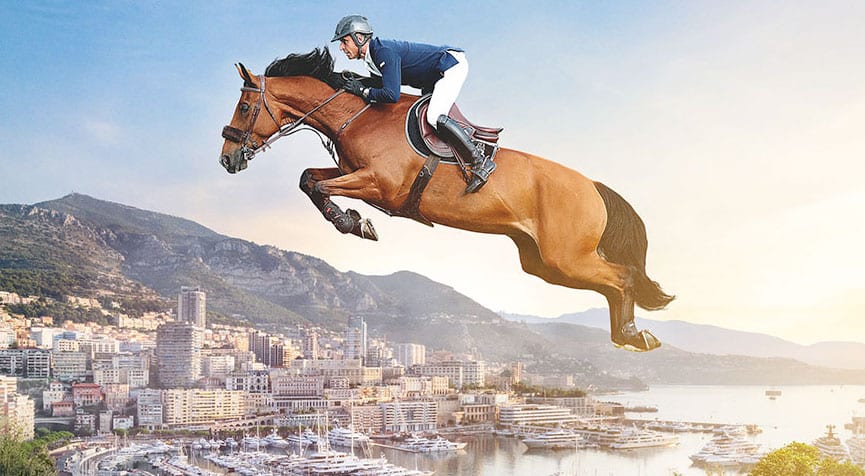 The Monte-Carlo International Jumping competition will take place this year in early July at Port Hercule, the Equestrian Federation of Monaco has announced.

After being forced to cancel the 2020 edition, which marked the competition’s 15th year, Monte-Carlo International Jumping is returning to Monaco from 1st to 3rd July.

The event is a major international competition and is part of the Longines Global Champion Tour, which covers a circuit spanning several continents and brings together the biggest names in the show jumping world.

Since its inception in 2006, the Monaco course is notoriously challenging, as it has restricted space – so it is narrow, short and obstacle-filled with many sharp turns. Only truly experienced horses and riders dare compete, making it an exciting show, even for those who are not enthusiasts of the sport.

It is also known for its glamorous location, a waterfront venue on the Port in Monaco under Le Rocher.

Monte-Carlo International Jumping is part show, part race and part jumping competition. The riders compete in no less than 15 events and the show culminates in the awarding of the Prince of Monaco’s Grand Prize.

Amateur riders compete during the day and the pros have their turn in the evenings.

The competition is the third most important sporting event the Principality holds each year, after the Grand Prix and the Rolex Masters Tennis Tournament.

Tickets are not yet available, but those interested can visit their official site at www.jumping-monaco.com and ask to be informed when they do.