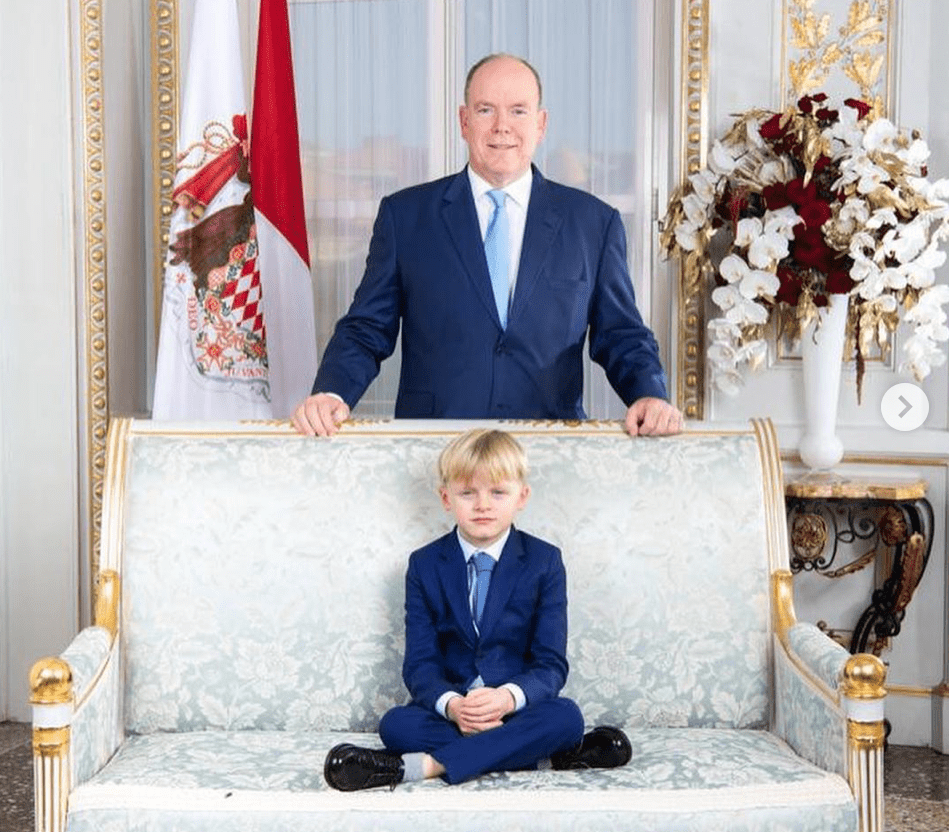 The Palace and Princess Charlene have shared too-cute-for-words photos from Monaco’s National Day of Prince Jacques and Princess Gabriella, whose adorably cheeky side was on full display.

In a fly-on-the-wall set of photos released by the Palace and shared by Princess Charlene on her Instagram page, Prince Albert II and almost six-year-old twins Prince Jacques and Princess Gabriella are on full display for the recent National Day celebrations.

Prince Jacques, dressed identically to his father in a navy blue suit and ice blue tie, are pictured inside the palace for an official photo, to which Princess Charlene exclaimed, “So proud” on her Instagram account.

There are also snaps of Prince Albert II in full military regalia attempting to keep a straight face for official photos whilst Gabriella stands behind him grinning adorably and mimicking his movements.

For the celebrations outside the palace, the little prince changed into a uniform, similar to his dad’s, in another “mini-me” moment and was even spotted saluting at the appropriate moments. The hat perched on his head was almost as tall as him and no doubt rather heavy, but he was a trooper throughout.

Princess Gabriella was wearing a navy blue dress with a peter pan collar and red piping, a girlish version of her mother’s sophisticated navy blue outfit, which was topped off with a matching beret. Gabriella, too, made a royal salute during the celebrations and, as ever, the twins were virtually inseparable during the proceedings.

The family cut stylish and dignified figures on the day, which celebrates the anniversary of Albert ascending to the throne. Until Prince Albert II, the National Day was a moveable feast and was celebrated on the saint’s day of the current prince. Prince Albert chose to keep the same 19th November National Day date as his father, though Albert’s name day is only a few days prior on the 15th.