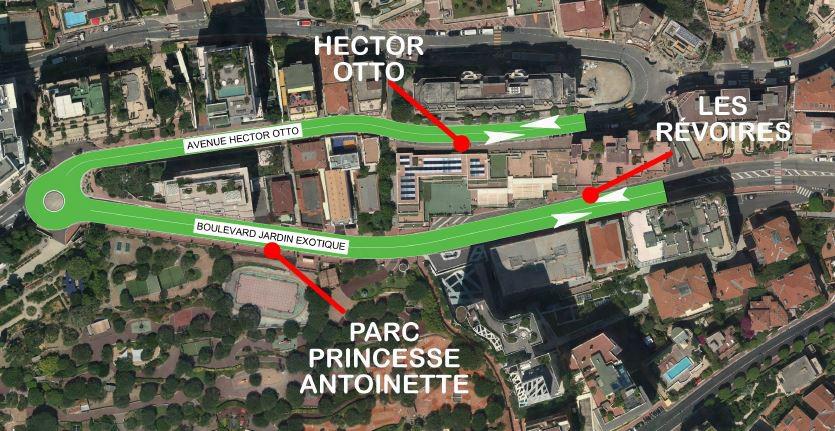 As part of the ongoing modernisation of public elevators and escalators in the Principality, the lift between Jardin Exotique and Hector Otto will be closed for two months starting next week. But the government is offering an alternative.
From 11th October, the heavily used public elevator between Avenue Hector Otto and Boulevard du Jardin Exotique will be closed for upgrades to “make it more reliable”, according to a government press statement on Monday.
To lessen the strain on residents who rely on this lift, there will be a new shuttle service that will stop at three locations along the route: Boulevard du Jardin Exotique in front of the Les Révoires building, Avenue Hector Otto in front of Ecole des Révoires, and Boulevard du Jardin Exotique in front of the entrance to the Princess Antoinette Park.
The shuttle bus will transport passengers from 7:30am to 7pm Monday to Friday, and from 9am to 5pm on weekends. A full round is estimated to take about 10 minutes, meaning the wait times for passengers will be quite short.
The government has plans to replace six escalators and nine lifts this year. It’s also working to transform two escalators in a lift during this period. This is all part of a five-year plan to upgrade several elevators and escalators to make them more usable and modern. Other lifts that will be upgraded include two public ones at Agaves, the three at Parking de la Costa, and two on the north side of the Saint-Charles complex.
Four of the six escalators situated in the underground passage of the Carrefour de la Madone will be switched and the remaining two will be swapped out for a glass elevator, allowing those with reduced mobility to safely access the shops located sub-ground level. Additionally, two escalators at 17 Rue Grimaldi have been replaced.
The work on the Hector Otto-Jardin Exotique elevator is estimated to end on Friday 3rd December.