Sir Roger on the side of the tiger 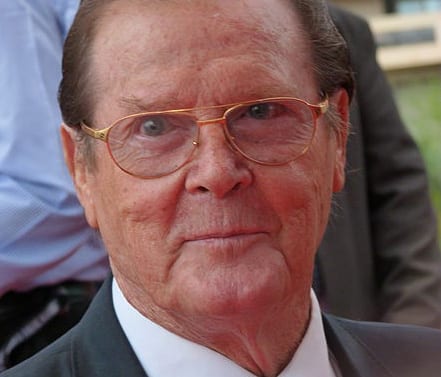 One of Monaco’s most eminent residents, Sir Roger Moore, has taken up arms against the use of animals in circus acts. In a letter to British Prime Minister Theresa May, the former Bond actor urged her to stick to a Conservative Party promise to ban wild animals in circuses.

Critics of Sir Roger have accused him of changing his stripes. Thirty years ago, in the film Octopussy, he played a short scene with a tiger and famously told it to “sit”.

The target of Sir Roger’s ire is the nephew of the man who played his stunt double in the movie, John Chipperfield, of the circus family that has trained circus animals for 300 years. Thomas Chipperfield, 26, has applied for a licence to tour England later this year with two lions and three tigers.

In his letter to the premier, Sir Roger said: “Wild animals in real life must feel as if they’ve been captured by the fictional Dr No. When they’re not being forced to perform confusing tricks under threat of the whip they’re chained up or tied down.

“Madam Prime Minister, it’s time, past time, to do the right thing and finally bring a ban on this outdated form of so-called entertainment. I will put a bottle of Dom Perignon ’52 or Bollinger ’69 on ice for the occasion and gladly pop the cork with you.”

Anthony Beckwith, a co-owner of Chipperfield’s Circus, described the letter as “ludicrous”. However, several animal rights organisations have sided with Sir Roger, with one commenting that the famous Bond films show that performing animals are no longer needed to entertain people.

Alfredo Volpi, Untitled, 1962, Oil and tempera on canvas 142x265 cm Mastrobuono Collection, São Paulo. Photo: Charly Gallo/DC[/caption] After the last major exhibition devoted to the works of Hercule Florence, Villa Paloma has reopened to present a retrospective of Alfredo Volpi, with the support of the Instituto Alfredo Volpi de Arte Moderna and curated by Cristiano Raimondi. Alfredo Volpi was born in Lucca, Italy in 1896, and died in Sao Paulo, Brazil, in 1988. He was a major Brazilian artist who NMNM is proud to present, for the first time in Europe, in a retrospective of 70 works: starting with oils on canvas, country folk or urban landscapes in the 30s and 40s, to the works of the 50s, 60s and 70s with their new colours and painting techniques, the public will discover a fascinating artist. Despite the success achieved in the last three decades of his life, the story of Volpi is that of a simple and reserved man who dedicated his entire life to his work without ever forgetting where he came from. A man who, every day of his life, until the age of 88, built his own frames on which he himself stretched the canvas to apply himself the meticulously prepared pigments and create the magic of colour. Like Morandi for the Italians, Volpi the colourist has become a hero and a true legend in Brazil. "Alfredo Volpi, the poetry of colour" runs until May 20 at Villa Paloma, 56 blvd du Jardin Exotique. Open daily 10 am to 6 pm, admission is €6 but free on Sunday.