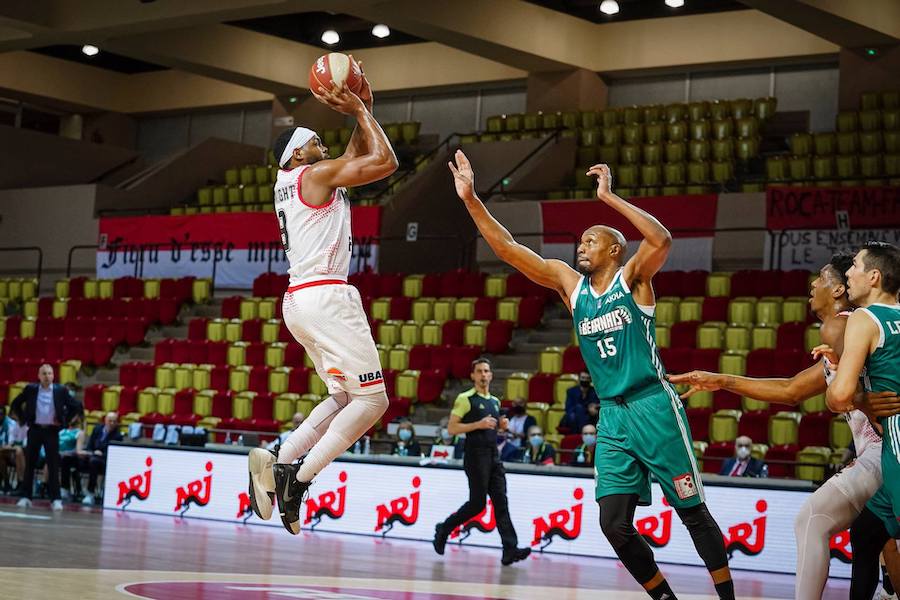 AS Monaco Basketball beat a tough Elan Bearnais Pau-Orthez team on Saturday despite being without Head Coach Zvezdan Mitrovic, taking home their ninth straight Jeep Elite victory and securing top spot in the standings.
The Roca Team went into overtime against Pau-Orthez in a hard fought match that showed their opponents to be a far better team than their Jeep Elite standings say.
The game started out fairly dramaless. By 10 minutes in, Monaco had a comfortable 22 to 14 lead and it looked like smooth sailing. This is when Pau kicked into gear and in the next few minutes, the two teams were only one point off each other.
After a bombshell shot from eight metres found its way into the hoop from Dee Bost, the Elan Coach Laurent Vila took a timeout to regroup.
From this point on it was a back and forth between two teams who were in it to win it.
The game went to sudden death when, at the buzzer, the teams were evened up at 88 to 88. With five extra minutes on the clock, the Roca boys stepped up their game. Everyone kicked into high gear, especially Lessort who racked up seven points in those last minutes of play, giving Monaco the solid win at 102 to 95.
It was Bost who was Monaco’s high scorer in a high scoring game. He gave his team 23 points on the night, followed by Marcos Knight with 18, Abdou Ndoye with 15, JJ O’Brien with 13 and Lessort with 12.
“We were warned about the quality of Pau-Orthez,” Assistant Coach Mirko Ocokoljic said after the game. “It was not an easy evening, but we have a great group of guys who don’t give up. There are no small matches, you always have to be consistent to win.”
More AS Monaco Basketball action comes Tuesday night when they face off against Unicaja in an away Euro Cup 7 match.