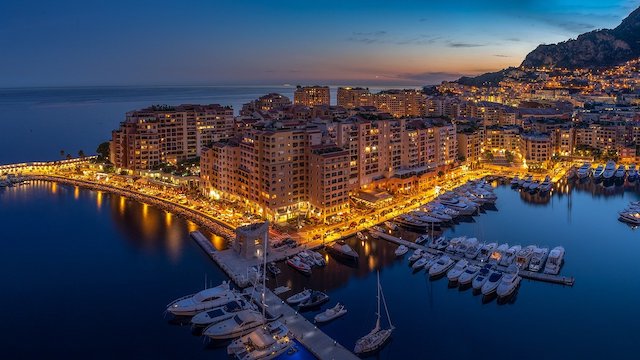 The small drop in overall population, though, does not change the fact that the Principality is the most densely populated country on the planet with 48,466 people per square mile. As Monaco is less than a square mile, 0.780, it is the second smallest country by area in the world. Only Vatican City is smaller.

According to the latest figures from IMSEE, the basic facts of the Principality’s people remain largely the same as the previous year. French is still the official language, though other languages are commonly spoken, the most prevalent of which are English, Italian and Occitan. Most residents are Christian, with Catholicism being the top religion.

Fun fact about the Principality is that the native Monegasques represent a minority of the total population. French nationals are the largest ethnic group, making up a quarter of the total.

The Monegasque GDP is the world’s second highest and the country’s unemployment rate is amongst the lowest. Monaco boasts the lowest poverty level in the world, as well as the most billionaires and millionaires per capita. A full 30% of the population are at least millionaires.

The largest administrative area by population is Monte Carlo. This quartier is home to 15,200 inhabitants. The rest are spread quite evenly amongst the other areas.