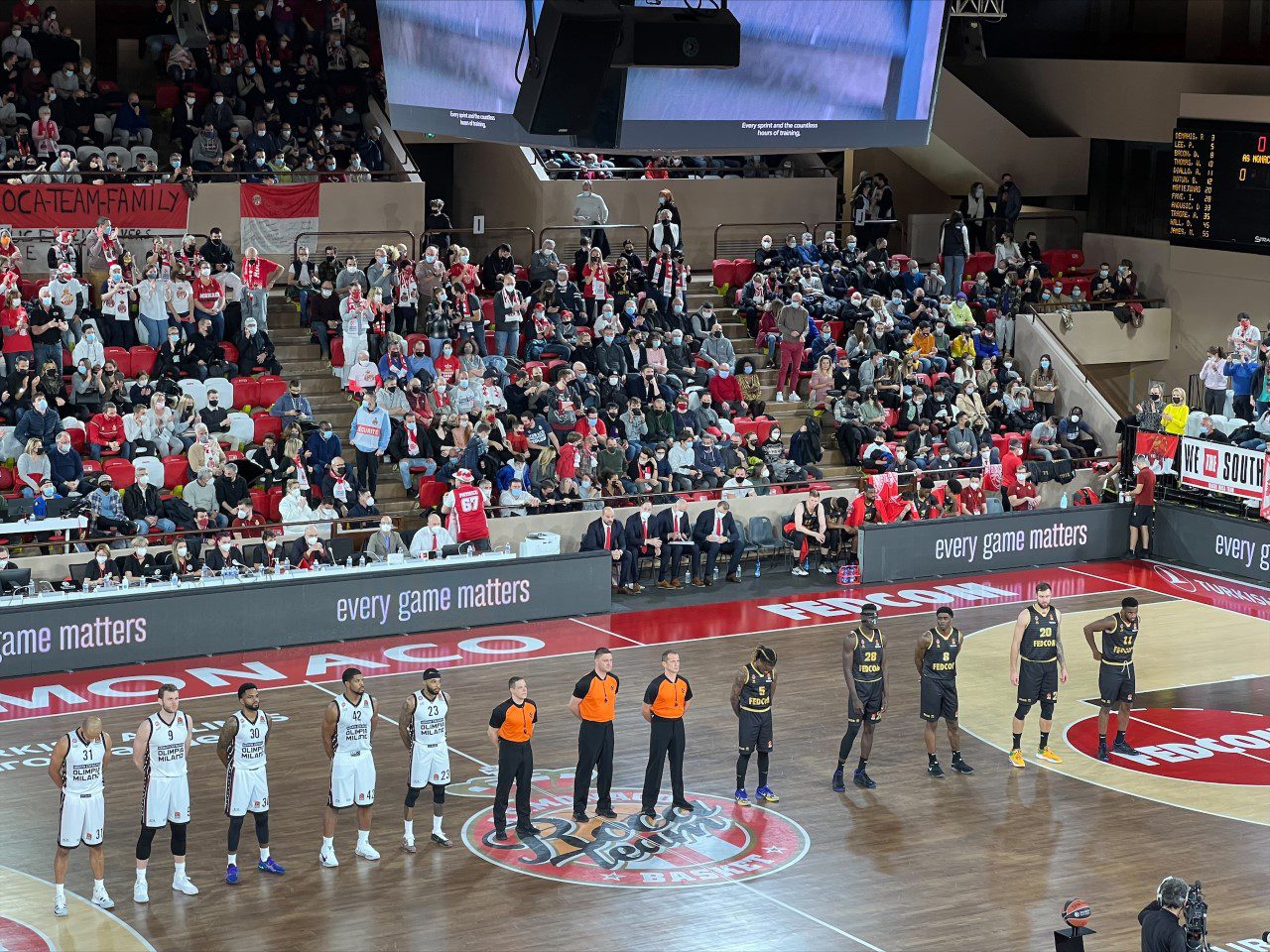 A blistering first-quarter from Milano allowed the Italians to cruise past a profligate Roca team, whose late rally wasn’t enough to avoid succumbing to a 65-71 loss at the Salle Gaston Medecin on Friday.

With the Italian side’s better organisation, boundless energy and superior efficiency, the result was rarely in doubt. As Zvezdan Mirovic bluntly summarised, “They were stronger in every position.” The home side did however, limit the damage with a more resolute defensive showing after the first quarter.

The tone for Monaco’s sloppy offensive performance was set very early on. Ibrihima Fall-Faye, with space and time, failed to complete the most simple of 10 yard passes for an easy 2-pointer, providing a microcosm of the Principality side’s disjointed attacking display on the night.

Their inferior efficiency and passing precision was plain for all to see in the hall, a gulf that was particularly pronounced during the first-quarter, where a meagre 33% accuracy for Monaco within the key, contrasted with Milan’s 81%, saw the Italian side create a healthy 14-26 lead.

The Roca team’s defensive play improved in the second-quarter, although overloads in the Monaco key allowed Milan to maintain their advantage. The same however, cannot be said for their offensive play, often too static, Monaco’s attack failed to manufacture room for three pointers. Even when they did, their 11% accuracy outside the key meant that this wasn’t a reliable source of points.

Paris Lee, in particular, having looked imperious in recent matches, failed to register any of his four attempts outside the key in the first-quarter, and only converted 28% of his three-point attempts on the night. Brock Motum, who had multiple opportunities was equally profligate,  – their confidence clearly lacking after the first-quarter mauling.

Milan’s efficiency from outside the key in particular, allowed them to keep the Principality side at arm’s length throughout the second-half, consolidating rather than extending their significant first-quarter advantage. Lee tried to drag Monaco back into the tie with some important scores, including a three-pointer, in the third-quarter, but to no avail. 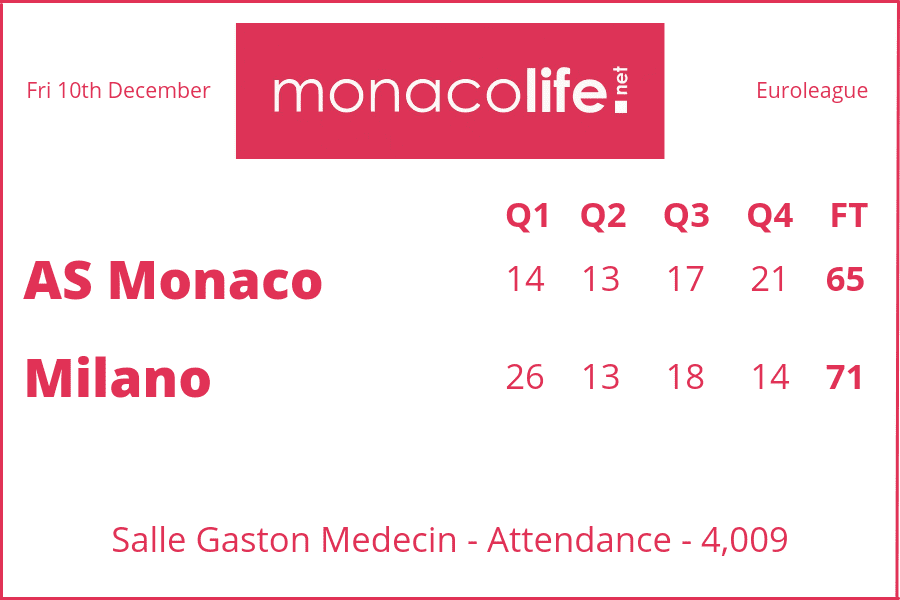 A late comeback in the fourth-quarter led by star-man, and scorer of 19 points on the night, Lee was not enough to reap any reward for the Principality side. Monaco were ultimately second-best for a large proportion of the night, and Milan, who expertly controlled the match, were deserved winners.

Adding to the Roca team’s woes was the withdrawal of Mike James. The American point guard was making his return from injury, but could only last a matter of minutes on the court, a loss that Mitrovic told Monaco Life was crucial to the Roca team’s first-quarter loss.

“The moment I rotated the team with Mike (James) and the rest of the guys, we started going down. This was the reason for the first quarter. It is difficult to play only one point guard in the team.” With Lee as the only fit point guard, Mitrovic added, “I played Lee for 35 minutes. I’m killing him!”

Sunday’s match away to Strasbourg may come too soon for James, but Mitrovic will be hoping to have his star man back soon as his side look to make a quick return to winning ways.