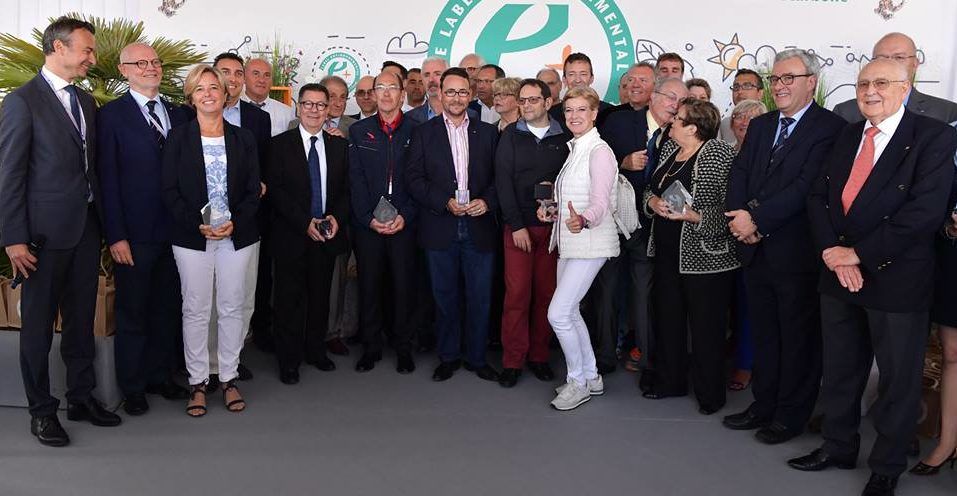 Monaco’s electrical power operator, SMEG, has continued its commitment to cleaner energy with the presentation of prizes for “green” energy use. The E+ Trophy ceremony took place on Saturday, May 13, in the presence of the Minister of State, HE Serge Telle and HE Bernard Fautrier, CEO of the PA2F, along with Thomas Battaglione, Managing Director of SMEG.

SMEG has rewarded the commitment of many Monegasque companies, as well as individuals, all of whom have contributed to a lower consumption of energy that is more respectful of the environment.

E+ is an environmental label awarded to individuals, institutions or companies that are part of a partnership with SMEG to act and contribute to the energy transition initiated by the Sovereign Prince, the Minister of State and his Government.

The E+ Trophies awarded last Saturday represent two themes: SMEG’s thanks for the trust placed in us by its customers, and above all, the congratulations to the Government of Monaco for its commitment to the environment.

More than a hundred guests were invited last Saturday for this important day organised in parallel with the Monaco Formula E.

Turning off between 6-8 pm Wednesday in Monaco

Photo: Charly Gallo/Communications Department[/caption] There has been a continuation of growth in the Principality’s budget surplus, thanks to a marked increase in revenues and lower growth in expenditures, including ordinary expenses, Jean Castellini, Minister of Finance and Economy, told the press on Tuesday. Providing an update on the results of the financial year 2016, and the draft budget for 2017, Minister Castellini said that the fiscal year 2016 had a surplus of €35,866,124, an increase of 22 percent compared to 2015. This outstanding result followed four previous years of budget surplus. In more detail, the increase in tax revenues in 2016 (+ €45.4 million, or + 5.2 percent) was due mainly to higher revenue from transfer taxes (+€20 million) and VAT, which means that the Government's attractiveness policy continues to bear fruit. There was also an increase in revenue from civil administrative fees (+ €4.5 million), customs duties (+€4 million) and mortgage fees (+€2 million) as well as that related to taxes on insurance (+€1 million). Meanwhile, the draft budget for 2017, as voted by the National Council on December 15, 2016, was drawn up on a prudent basis, he said. It has a projected surplus of revenue of €6.3 million compared to €5.8 million in the draft budget for 2016. This budget presents a forecast of revenue of €1,210,318,900, up +by 5.9 percent compared to the draft budget for 2016. The minister added that at the end of March, 2017, tax revenues and income from tourism are in line with forecasts.

Local News Staff Writer - March 1, 2018
https://www.youtube.com/watch?v=83_pQgRjaPc&feature=youtu.be&hootPostID=9d22c76d83fbeaa77dc8a599da9ace26 Watch Prince Albert's speech, starting at the 38-minute mark. HSH Prince Albert told an influential audience in London on Wednesday, February 28, that the world must take urgent action to combat the “devastating effects” of plastic in the Earth's oceans. The Prince was giving the annual lecture at The Grantham Institute, at Imperial College London. At the end of his 28-minute discourse, he quoted Winston Churchill, saying: "What is the use of living, if it be not to strive for noble causes and to make this muddled world a better place for those who will live in it after we are gone?" Known for his relentless efforts to tackle climate change, ocean acidification and pollution, the Prince added,"This question, 'What is the use of living?', is a question we should all ask ourselves." The lecture was followed by an audience Q&A with the “the green prince”, who warned that the problem of plastic waste in the oceans is now so bad that it is beginning to end up in ‘the foods on our plates’.