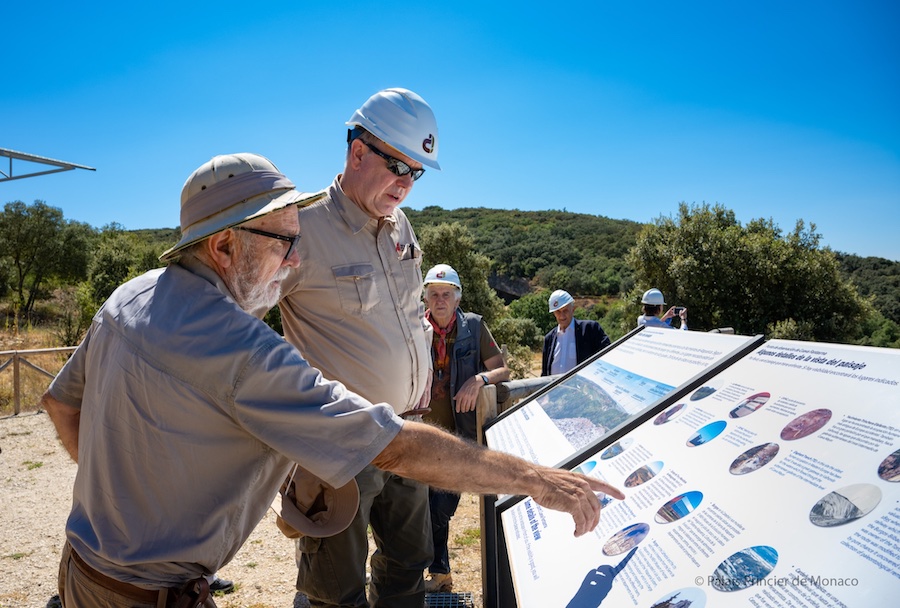 Prince Albert II on Tuesday travelled to the archaeological site of the Sierra d’Atapuerca near the city of Burgos in Spain to discover the fossil remains of the first human beings to settle in Europe around a million years ago.

Accompanied by Monaco’s Ambassador to Spain Catherine Fautrier-Rousseau, the Prince donned an explorer’s outfit to examine the rich excavation sites.

The Archaeological Site of Atapuerca is located near the city of Burgos, in the Autonomous Community of Castilla y León, in the North of the Iberian Peninsula.

The property encompasses over 284 hectares and contains a rich fossil record of the earliest human beings in Europe, from nearly one million years ago and extending into the Common Era. It’s considered an exceptional scientific reserve that provides priceless information about the appearance and way of life of these remote human ancestors.

Just this summer, a bone from the jaw of what could be the first European hominid aged around 1.4 million years was found during excavations.