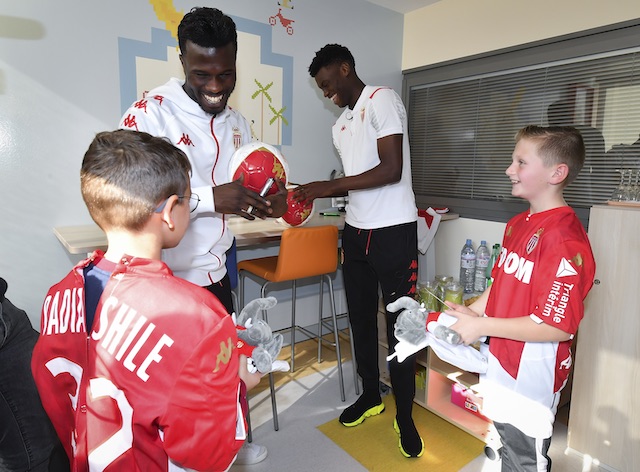 Children in the Princess Grace Hospital have been decked out in specially adapted AS Monaco ‘jerseys’ to help boost spirits in the pediatric ward. The team mascot, Bouba, has also been gifted.
As part of the AS Monacoeur program, ASM football players Keita Baldé and Benoît Badiashile visited the pediatric centre of CHPG on Thursday 20th February.


In the presence of Benoîte de Sevelinges, Director of the CHPG, and André Rousset, Deputy Head of Pediatrics, the football players presented  the children with jerseys on behalf of the players of AS Monaco.
Specially reworked by the CHPG seamstress team, the jerseys meet hospital standards and will serve as gowns for patients cared for in the pediatric ward.
The two players also presented kids with Bouba, the club’s mascot, which has also been transformed to coverinfusion equipment. 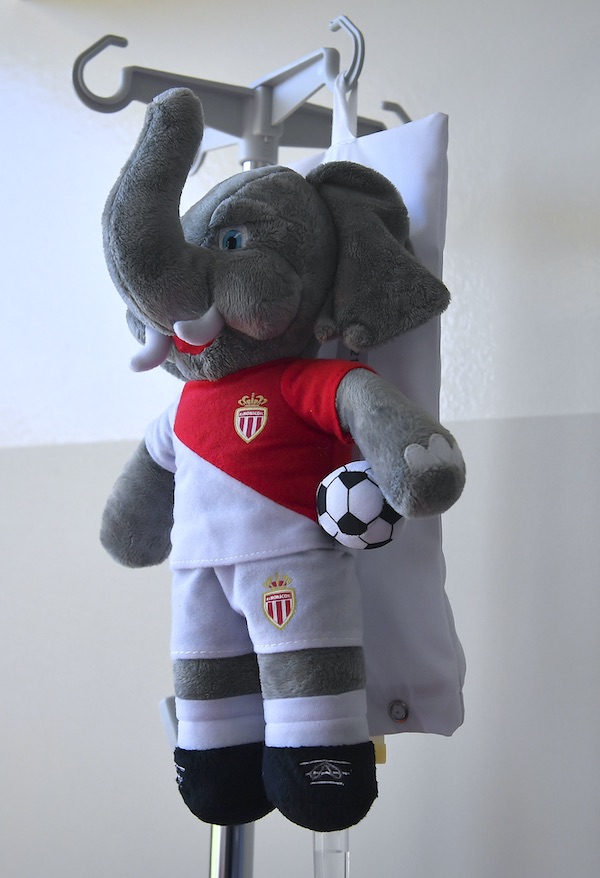 The unique initiative is part of the AS Monacœur programme, launched in 2017 in support of the Monegasque foundation Les Enfants de Frankie. The aim is to “help children escape from their daily lives and dream through open eyes”.