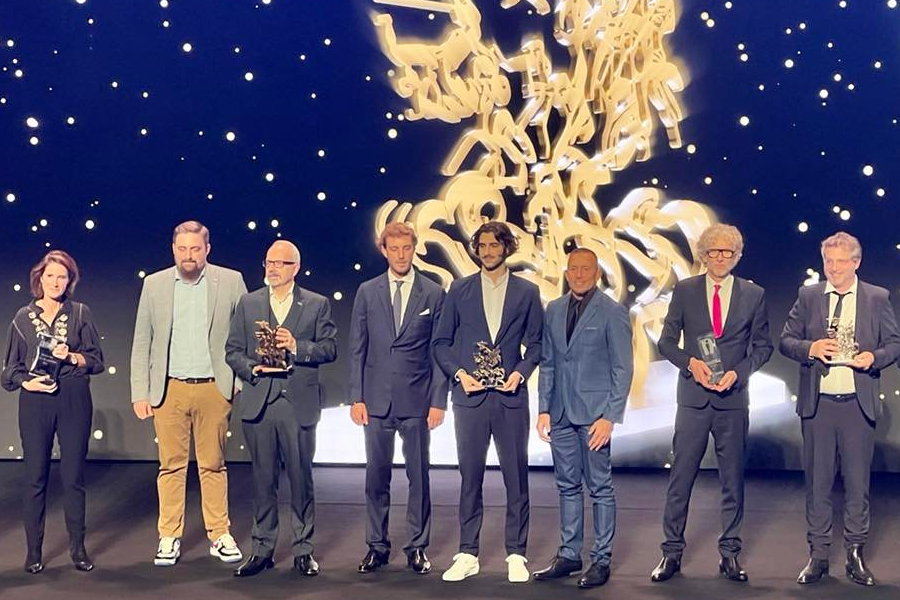 The winners of the 2022 Sportel awards were presented in Monday’s ceremony at the Grimaldi Forum, attended by Monaco Life and stars from the world of sport.

Mixed Martial Arts (MMA) legend Georges St-Pierre, Liverpool’s all-time top scorer Ian Rush, and former Manchester City player and most expensive defender in the world Eliaquim Mangala were all present at Monday’s ceremony, which celebrates a breadth of achievements within the sporting world.

At the end of two days of interviews, talks, expositions, and autograph sessions, the winners of the Sportel awards were finally reviewed. As well as St-Pierre and Mangala, Arthur Bauchet, Robert Colle, Stéphane Le Goff, Michael Payne, Sarah Ourahmoune, and Philippe Sella were on the jury to evaluate this year’s candidates.

A range of works were rewarded: from advertisements, to books, slow-motion replays and documentaries. Peace and Sport, a Monégasuqe organisation that seeks to promote values of peace through the medium of sport, had its own documentary prize, which was awarded to For the Sake of Peace, a film about the violence and football in South Sudan, the world’s youngest, and one of the most violent nation-states.

The final prize of the evening, presented by Pierre Casiraghi and St-Pierre, was awarded to Thomas Gonçalves for his film (Wo)man Power by Puzzle Media.

“We wanted to honour champions of all categories, Olympic and Paralympic medallists, World and European champions, men and women who are examples of courage and whose careers command respect and admiration. Our vocation is more than ever based on the diversity of the sports represented,” said Loris Menoni, Executive Director of SPORTEL awards.

Whilst this year’s prizes have been attributed, the event itself continues until Wednesday, with networking events, masterclasses and the exhibition hall all still available to attend.

The ceremony provided a poignant reminder of the capacity of sport to transcend divisions and to be a force for positive change.