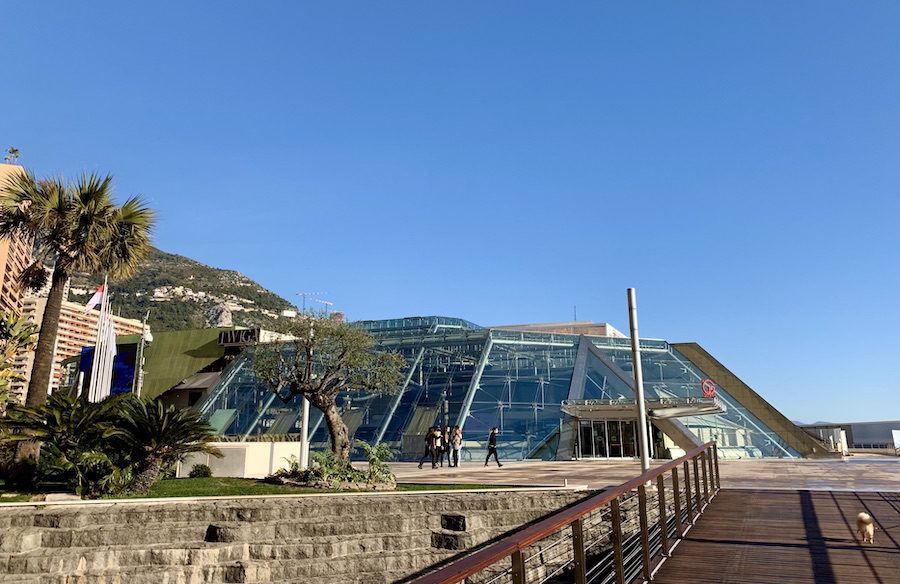 The most beautiful sports sequences and the best sports book of the year have been recognised at Tuesday night’s Sportel Awards ceremony at the Grimaldi Forum.
Sportel is an annual sports content media rights and technology convention currently taking place at the Grimaldi Forum. On Tuesday night it gave credit to leaders in the industry in front of an audience of well-known international sports players.
The jury for the event was chaired by world athletics champion Muriel Hurtis, along with French gymnast Samir Aït Saïd, journalist Jacques Cardoze, mixed martial artist Ciryl Gane, freediver Julie Gautier, fencing star Astrid Guyart, Secretary General for Monaco’s European Olympic Committee Yvette Lambin-Berti and handball player Allison Pineau.
The ceremony also featured French Olympic medallists from the recent Tokyo games as well as other world champion athletes to present the Georges Bertellotti Golden Podiums to the 2021 recipients.
The Best Slow-Motion Prize went to Romain Grosjean’s Escape-Bahrain 2020 by Phil Rorke; the Discovery Prize was given to Toujours se relever from Guillaume Papin and Julien Ababsa; Nick Story nabbed the Best Promotion Programme for Formula Dreams; the Innovation Prize was awarded to Oscar Lago for his use of cinematic cameras in live broadcasts; and the UNHCR, the UN Refugee Agency in collaboration with the International Olympic Committee and International Paralympic Committee took the Advertising Prize for The Journey.
Additionally, the Renaud de Laborderie Book Prize was also given, to reward the most beautifully illustrated sports photography work. The prize went to Les plus grand livre de Basketball de tous les temps (The biggest book of basketball of all time) from Trashtalk, Marabout editions.
The award for best autobiography was awarded to Peter Schmeiche for his book, ONE: My Autobiography, who was unable to attend but sent a message thanking the Sportel Awards for the honour in absentia.
Finally, the Special Jury Prize went to Lyes Houhou and Arnaud Bonnin at Canal + for Fait qu’on parle (Let’s talk). The award was presented by Prince Albert II.
Great sports champions, including the latest crop of French Olympic medallists, were also celebrated at the ceremony.
The Sportel programme has been filled with photocalls, screenings, autograph sessions and meet-ups with world class athletes giving their time to meet-and-greet with fans.

Photo of the Grimaldi Forum by Monaco Life