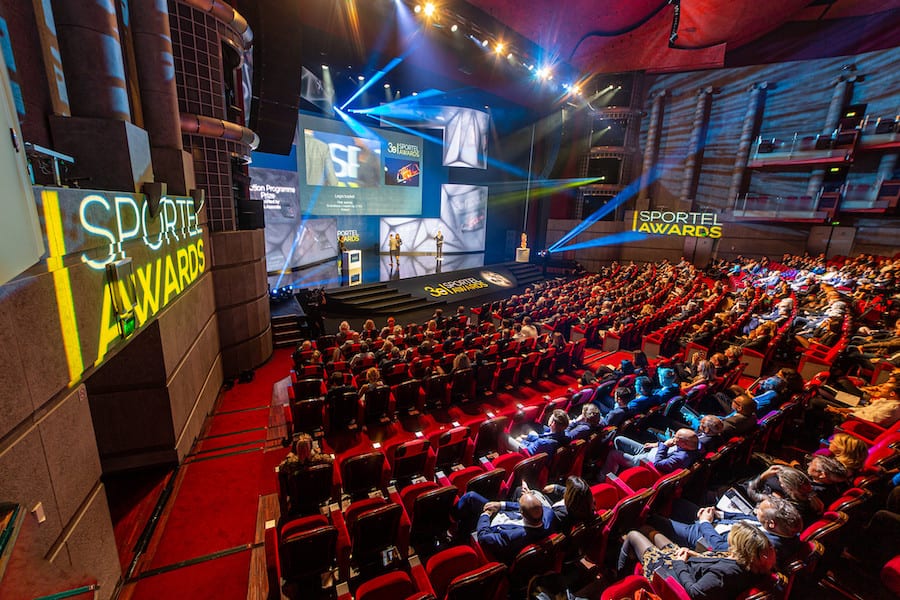 As travel restrictions force a cascade of trade fair cancellations across the globe, the organisers of Sportel Monaco have managed to postpone the event by only four months and push ahead with the October Awards.
The international trade fair, which specialises in media rights, sports content and technologies, was due to be held in the Principality from 26th to 28th October 2020 and will now be held from 22nd to 24th February 2021 at the Grimaldi Forum Monaco.
The news comes as many countries, particularly in Europe, tighten restrictions and impose new rules on travellers coming to and from France. Some large international companies have also imposed a travel ban on all their employees until the end of the year.
“Giving up is not part of my vocabulary, but given the travel restrictions it is impossible to maintain our event in October,” said Deputy Vice-President Laurent Puons. “The easy way out would have been to cancel the event altogether, but the economics of sports business cannot be put on hold for too long. Convinced that this economy will fully regain its rights in the coming months, we owe it to ourselves to be there when the time comes.”
According to organiser Monaco Mediax, it was difficult to find new dates for Sportel Monaco in the face of a 2021 calendar already saturated with trade fairs and conventions.
Nonetheless, the event will take place at the Grimaldi Forum Monaco, in its classic format, offering even more varied services to facilitate discussions.
“The concept of a 100% digital or hybrid event is not suited to our event, which above all promotes exchanges and networking,” said Laurent Puons. “Sportel is the largest meeting platform for all players in international sport business.”
The organiser is therefore opting for “solid and transparent communication plans in order to reassure participants and exhibitors, and maintain their confidence to welcome them in 2021.”
While the Sportel Monaco trade fair will be postponed, the Sportel Awards will go ahead as planned from 26th to 28th October 2020 at the Grimaldi Forum.
Placed under the Honorary Presidency of HSH Prince Albert II, Sportel Awards recognises the best sporting achievements of the year at a prestigious ceremony open to the public and in the presence of many great sporting champions. Sportel Awards also includes a program of events dedicated to the public, where fans can meet their favourite sporting heroes.
The full Sportel Awards program will be unveiled in the coming weeks.
Photo: 2019 Sportel Awards, courtesy Sportel Monaco