Spotlight on successful women in business

Spotlight on successful women in business 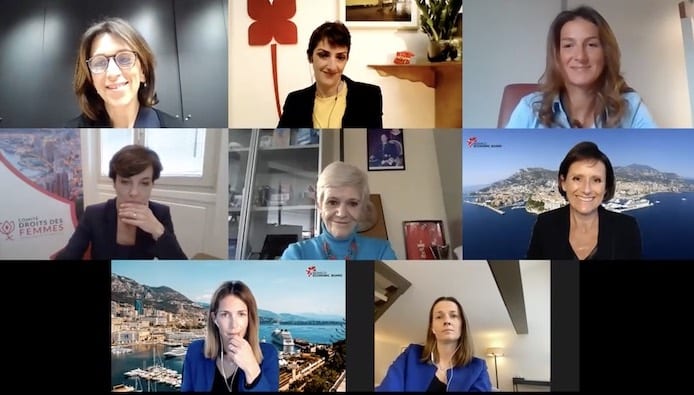 Every March, International Women’s Day shines a light on the challenges facing half of humanity. Therefore, the Monaco Economic Board (MEB) wanted to give the floor to female leaders who, through their stories, have shown that success is perfectly aligned with being a woman.
The MEB invited businesswomen to take part in a MEBinaire on 8th March, International Women’s Day, in partnership with the Women’s Rights Committee and the Association of Women Entrepreneurs of Monaco (AFCEM).
At the opening, Céline Cottalorda, Interministerial Delegate for Women’s Rights, gave a presentation on working women, citing figures from the Monegasque Institute for Statistics and Economic Studies (IMSEE). She said that women’s success “requires breaking the glass ceiling” and that for the future, we must “put forward inspiring examples so that young people can follow the path”.
Some of those examples were presented during the virtual event.
Johanna Houdrouge, Vice-president at Mercure International and President of AFCEM, presented the values ​​and ambitions of the association which she took over as head this year and gave her point of view as an entrepreneur, saying “It is high time that professional equality should be everyone’s concern and not just women”.
Four female business leaders and members of the MEB followed, speaking of their accomplishments as well as their difficulties in having to show “twice, rather than once, the fact that a woman can run a business”.
Anne-Marie Noir, CEO of ASEPTA Laboratories and Vice-President of AFCEM, Victoria Stevenson, General Director of Columbus Hotel Monte-Carlo, Claire Gaven, Director of Life and Business Development at Suisscourtage Assurances and Emmanuelle Bouvet, President of Monétique Bouvet Solutions and Deputy Vice-President and Treasurer of AFCEM all spoke about their visions, each with their own words and experiences, all driven by a tremendous desire to act and succeed despite the pitfalls.
It was a 100% female MEBinary, as it was led by Virginie Gianangeli, MEB Operations and Membership Manager, and Delphine Quilichini, MEB Communications Officer.
Highlighting women’s success and their sense of entrepreneurship was not limited to the MEBinaire. The Monaco Economic Board says it wishes to shine the spotlight on the role of women in the economy throughout the entire year to support the conviction that success has no gender and is always richer in its diversity.