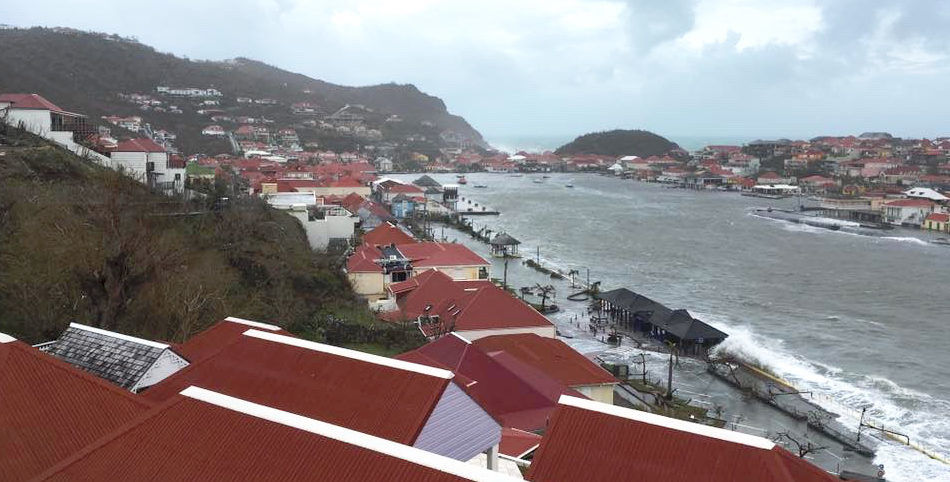 While French government officials confirm Irma’s death toll at 4 on St Maarten but no fatalities on St Barts, the islands are trying to come to terms with the aftermath – and the destruction of both airports on St Barts and St Maarten airport, amongst other logistical problems. Meanwhile hurricane Josè is expected in the area in the coming days.

Without electricity and drinking water, the French Red Cross are trying to coordinate with the French military to administer essential supplies, secure the area and avoid the spread of disease. The biggest question facing the organisations is how to deliver these supplies to the island as not only is the airport unusable, but there are is large debris and obstacles hindering air access.

Contrary to popular belief, not everyone is a millionaire on St Barts and consequently Gustavia Yacht Club has stepped up to these challenging times to provide much needed financial help to those in need who have been hit hard by the hurricane.

The Club’s Commodore, Sir Stelios Haji-Ioannou, has asked the Club’s bankers in Monaco (CFM Indosuez) to set up a special ring-fenced sub-account in the name of the Club with the designation “St Barts – Hurricane IRMA disaster relief fund”.

The Stelios Philanthropic Foundation will be the first one to donate €100,000 to this disaster relief fund and the Club is hoping that more members and friends of the island will contribute to the cause by donating in cash to this account.

Click here for information on how to donate via bank wire transfers.

The funds raised will be dispensed wisely and transparently by decision of the Executive Committee of the Club (Sir Stelios with Ken Griggs and Gustavo Riccobon) under the watchful eye of the full Board of Directors. “We will give priority to real people in real need in our home port of Gustavia first and the island as a whole, always trying to assist people who might not get hand-outs from the government or other bodies,” the Club said in a staement.

“We will try to help the neediest first in a quick and efficient way and will be publishing updates on our Facebook page and website and have a full report out by the end of 2017 by which time we want to have dispensed all the funds to good causes.”

Whether it be the hospital or the old people’s home, or a neighbour who has been left homeless, it’s uncertain at the moment where the funds will be most needed. It could be to cover the cost of a soup kitchen or just handing out small sums of cash for people to get by day to day, the Club added.

“We are stronger together and we hope to play an active part in the rebuilding of our beautiful island,” Gustavia Yacht Club commented.