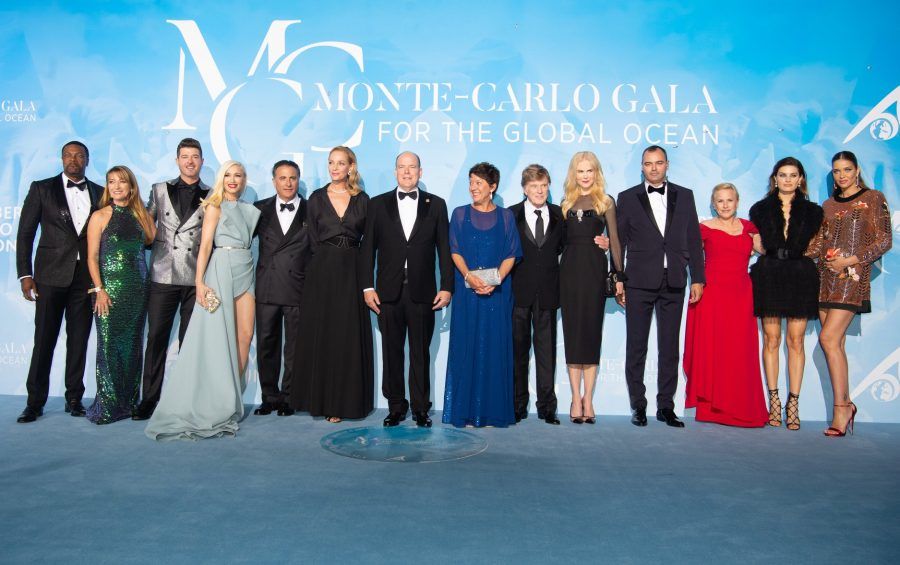 International celebrities have gathered in Monaco for the third annual Monte Carlo Gala for the Global Ocean hosted by Prince Albert II of Monaco. The gala is known for having the most jaw-dropping auction items ever offered, many put forward by Prince Albert himself, all in support of his foundation’s initiatives for marine conservation.

It was at the terraces of the Opera Garnier that a-list celebrities, dignitaries, royalty and a host of international personalities came together on Thursday 26th September for the highly anticipated Monte-Carlo Gala for the Global Ocean. Elaborately decorated in an underwater theme, the event now serves as the main fundraiser for the Prince Albert II of Monaco Foundation.

Social humanoid robot Sophia AI made an appearance, while guest of Honour Robert Redford was rewarded for his lifelong environmental preservation work.

“Well before the environment became a global issue he chose to try to take concrete steps to protect our planet,” said Prince Albert. “This commitment has shaped a significant part of his life and even, I think, influenced some of his career choices. He showed that it was possible to combine professional excellence with respect for these values. That is a lesson for all of us.”

Nicole Kidman, Uma Thurman and Andy Garcia all served as Masters of Ceremony, while special guests Patricia Arquette and Jane Seymour joined the Prince on stage to raise awareness about the crisis facing our Ocean.

In a nod to the event’s theme, Gwen Stefani appeared in a baby blue Elie Saab dress with a long train and bodice pleats that mimicked undulating waves. Stefani not only attended the gala but also performed, as did Andrea Bocelli, Kool & the Gang and Robin Thicke.

A selection of the most incredible items and lifetime experiences went under the hammer in an auction conducted by Simon de Pury, including a private dinner with Prince Albert, his personal electric powerboat, and a ceramic owl fashioned by Picasso. Funds raised will support the Prince Albert II of Monaco Foundation’s marine conservation projects.