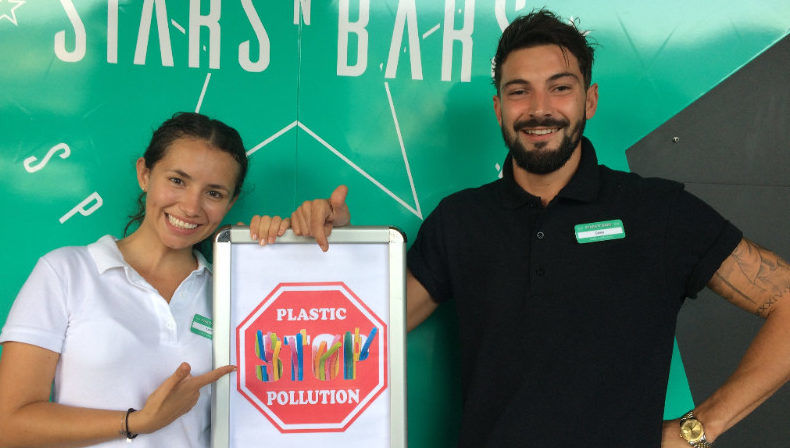 Stars’n’Bars learned this week that it has received the Energy Globe Award 2017 for its Monacology public eco-awareness project and for developing “a specific ethos around environmentally friendly food sourcing and keep promoting public health”.

This comes on the heel of their latest campaign to reduce the use and disposal of plastic drinking straws by providing them only on request.

According to Stars’n’Bars owners Kate Powers and Didier Rubiolo, this initiative is an easy way for individuals to learn about the dangers of plastic waste and to make a choice to help save the planet.

The restaurant has trained waiters to explain the environmental impact of plastic waste and has supported the campaign with a series of postings on Facebook and posters at the restaurant.

“We’ve discovered, since launching the campaign, that most customers are not asking for straws and their use has diminished considerably.” Kate and Didier said.

Plastics can’t biodegrade, they last indefinitely – breaking down into smaller pieces, littering our landscapes and oceans, feeding into the food chain and potentially ending up on our dinner plates.

A recent study suggests that seaborne plastic trash will outweigh the fish in the sea by 2050.

Although straws amount to a tiny fraction of ocean plastic, their size makes them one of the most insidious polluters because they entangle marine animals and are consumed by fish. Scientists estimate that every year at least one million seabirds, 100,000 marine mammals and sea turtles die when they entangle themselves in or ingest plastic pollution.

Kate and Didier added, “If we can encourage our customers to make this one small choice to protect the planet, maybe they will start to make other choices.”

The environmental duo hope their customers will refuse plastic straws at other establishments and that other restaurants adopt the same policy of providing drinking straws on demand only.

Four days of Monacology unites kids and the environment

Belgian resident sent to jail … for... 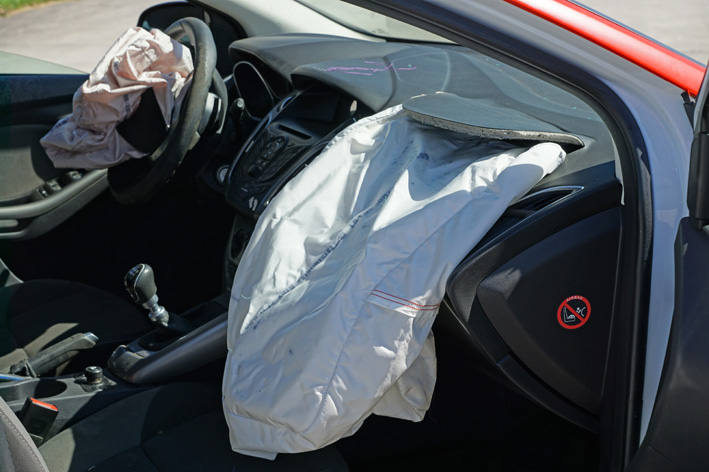 The director of a large international company offering diet products has been found guilty of drunk driving and insulting and assaulting police officers. The Monaco Criminal Court was told that the defendant had decided to celebrate International Women’s Day with a friend and had drunk considerably more than he should have. His Porsche Cayenne hit a barrier on ave des Castelans in Fontvieille with enough violence for the airbags to be detonated. When getting into the ambulance with his passenger, the driver lashed out with his feet, the court was told. Later, when sober, he denied his actions. The President of the court pointed out to the accused that it was not his first offence for drunk driving, but his third. His defending lawyer said that his client, a doctor, suffered from psychological problems. An order for him to undergo professional treatment would be welcome, she said. Sending him to jail would cause significant problems as he was a director in charge of one hundred scientific researchers and other employees. However, the court decided to follow the request of the prosecution, and sent him to jail for two months.

Monaco Jazz Fest is back

Local News Cassandra Tanti - June 26, 2019
With 25 artists performing over a span of three months, the Monaco Jazz Festival is a must-see event for music lovers this summer.