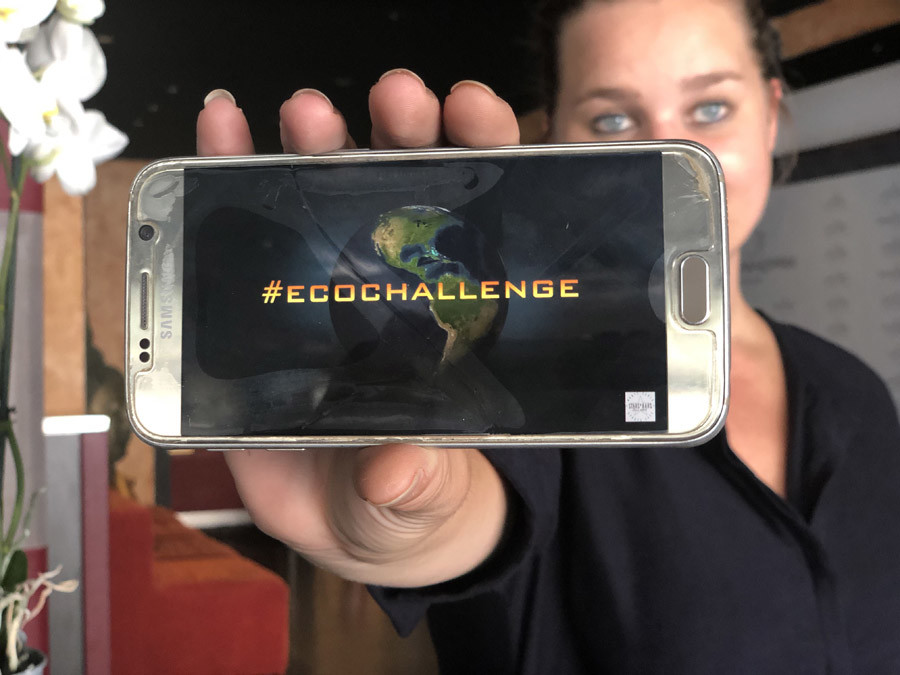 The Ice Bucket Challenge was the last big social network fad that went viral and, this year, Stars’n’Bars hopes to inspire a new challenge to help cut Monaco’s carbon footprint in half.

These actions support the National Pact for Energy Transition whose goal is to sign up all Monaco residents and workers in a voluntary campaign to reduce the Principality’s carbon footprint.

Louise’s first videos called on other Monaco organisations to commit to eco-actions and post their own video challenge on Facebook and Instagram. First to respond were The Monaco Office of Tourism whose theme this year is “Green is the New Glam”, the Grimaldi Forum, Terre de Monaco, local business Groupe Expression and the Hotel Metropole.

This week, Stars’n’Bars released a new challenge that promotes carpooling in a comic one-minute video featuring a dozen employees exiting a Kia electric car. The employees are dressed as sports figures, cowboys and superheroes, all classic Stars’n’Bars icons. The KIA is one of the restaurant’s fleet of four-wheel and two-wheel electrically powered vehicles.

The new video nominates several local businesses to join the campaign but anyone can join the fun.

The principle is simple:

This campaign will aim to raise the awareness of economic actors and the public, about simple eco-citizen actions to make a difference. #mcgreenglam  www.starsnbars.com

Council affirms its commitment to the digital...

Local News Staff Writer - May 19, 2019
The Monaco City Council has affirmed its commitment to the government’s ambitious Extended Monaco program and outlined its various projects that form part of the transition. 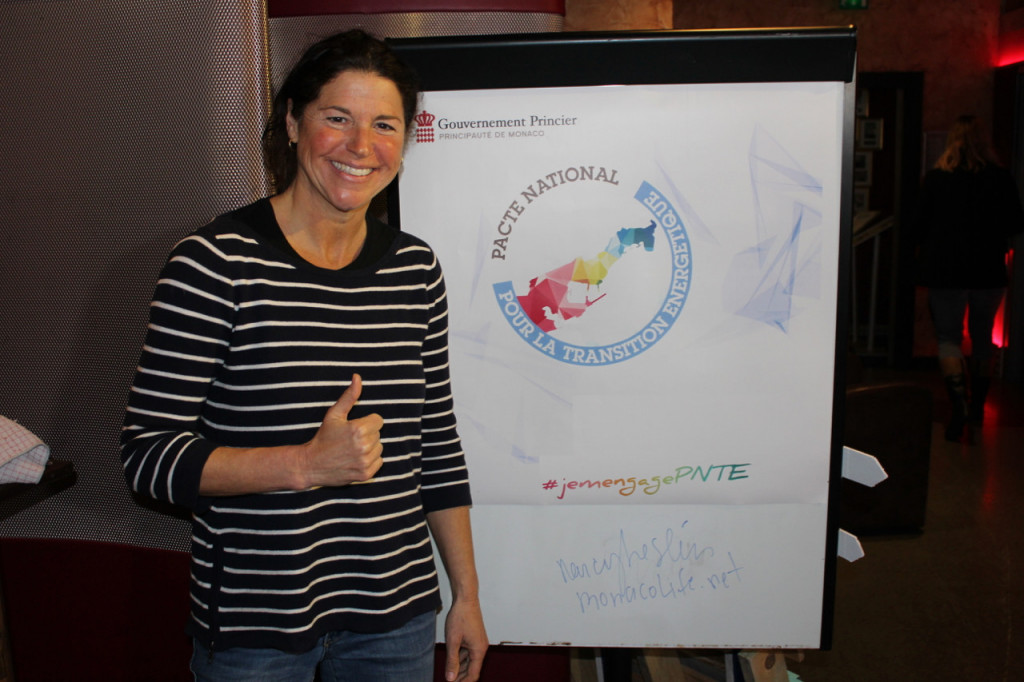 Photo: Monaco Life[/caption] I don’t know what you did on Sunday, but I dropped by the EcoHub at Stars’n’Bars to take a few pictures of the “Je m’engage” National Pact for Energy Transition event. It was like circuit training for those wanting to get environmentally fit. Outside, there were various creative activities for children, including a garden workshop on how to plant seeds and grow organic herbs (Stars’n’Bars has its own vegetable and herb garden). For the bigger kids like me, you could step into the driver’s seat of an AirPod compressed air car, which was invented and developed in nearby Carros. At less than 2 metres in length, the vehicle recharges with an electrical plug and can travel up to 200 km with a top speed of 80 km/h. [caption id="attachment_29477" align="alignnone" width="640"] 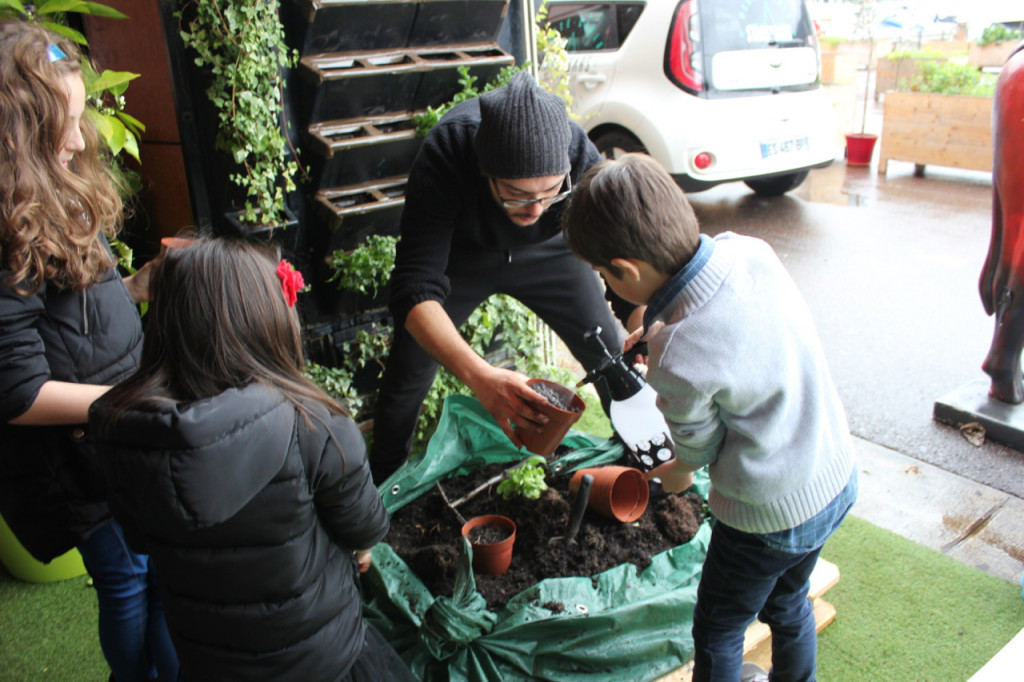 Photo: Monaco Life[/caption] Inside at StarDeck, a series of eco-stations to increase your carbon footprint awareness were set up, as well as games to teach children the importance of recycling. The smoothie bike was a big hit also, for young and old. To the side, a video looped explaining the Prince’s vision towards a sustainable future and his government’s national strategy to cut the Principality’s overall carbon footprint by 50 percent by 2030 and to be carbon neutral by 2050, which includes initiatives such as A Bag for Life programme, solar roads and the National Pact for Energy Transition. “To achieve these goals we must all act together to protect our environment, while improving our quality of life and preserving our health,” said Stars’n’Bars co-founders Kate Powers and Didier Rubiolo, who, along with Annette Anderson, put a great amount of effort into organising the afternoon. “This means adopting new habits, using clean energies and controlling our waste.” The Mission for Energy Transition (MTE) team, in the presence of Jean-Luc Nguyen, Director of the Mission for Energy Transition, was also on hand to help people with a carbon footprint “calculator” – based on how much they travel, how much waste they generate and how much energy they use – and to discuss on a one-on-one basis the National Pact, which can be signed by anyone who works or lives in the Principality, offering suggestions about how to make small changes to reduce your consumption in the categories of transport, waste and electricity. [caption id="attachment_29488" align="alignnone" width="640"] 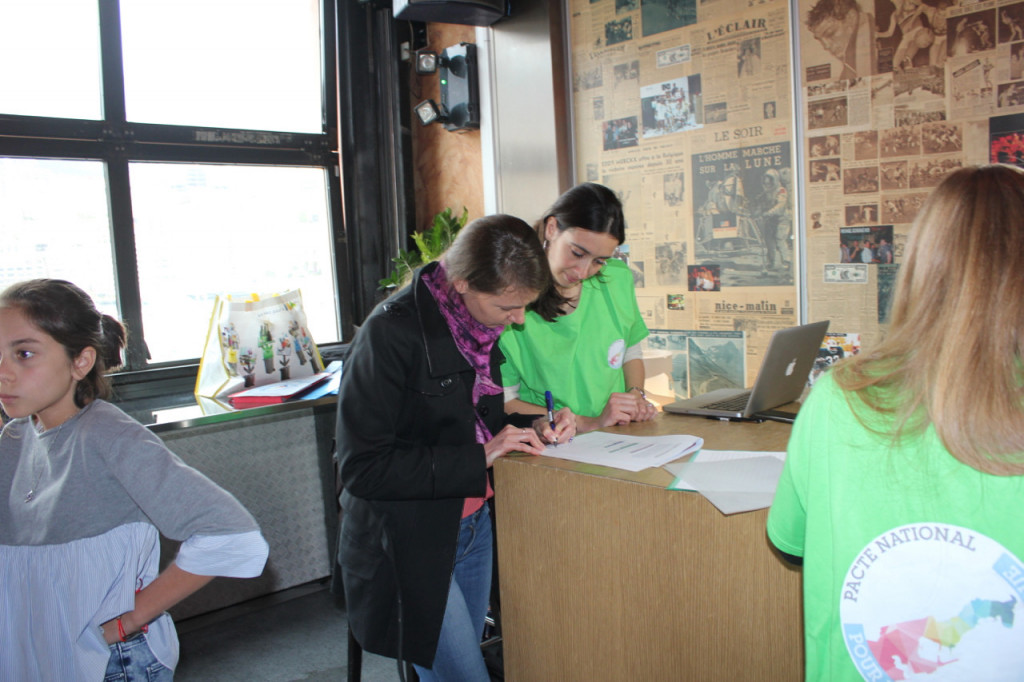 Photo: Monaco Life[/caption] The event was highly informative and one young French girl ran up to Kate to thank her because she "learned a lot". Her sincerity was touching. I am one of those people who finds global warming and carbon-footprints overwhelming. While I recognise there is much to be done, I am not sure how I alone can help save the planet. After spending 15 minutes talking with an impressively informed MTE member about how I could change my habits and reduce my impact on the environment, I realised I was engaged in a collective commitment of an eco-conscious community. I signed the pact. For those of you in Monaco who are commitment phobic, unwilling to give up your freedom, great life or travel, engage in the National Energy Transition Pact. Like any relationship, you may have to compromise but it promises a future better than worse. Article first published March 19, 2018. [gallery td_select_gallery_slide="slide" size="large" ids="29493,29483,29486,29481,29485,29484,29479,29475"]