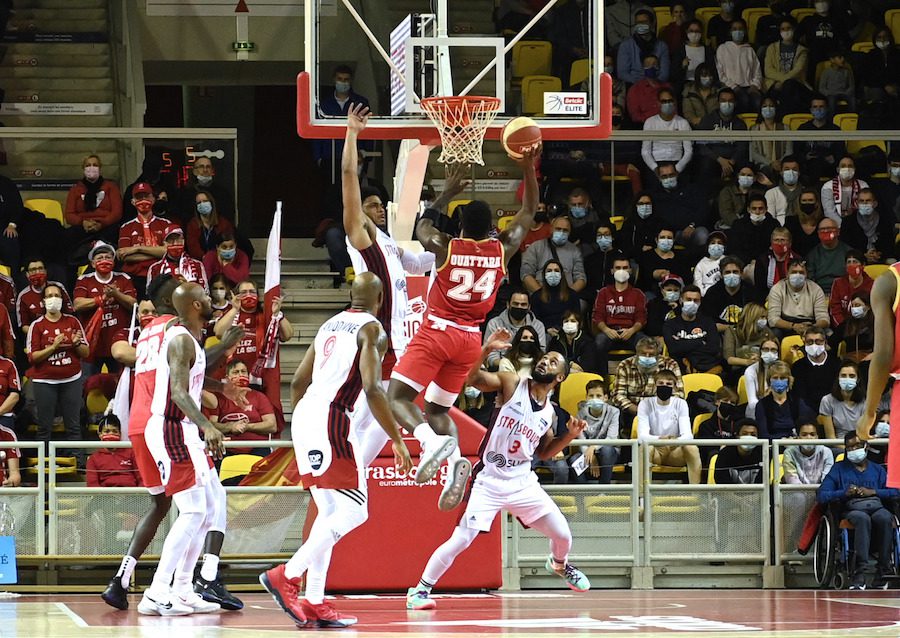 AS Monaco basketball failed to bounce back from their Euroleague defeat to Milano, as Strasbourg inflicted a second defeat in as many days, coming out 99-90 winners on Sunday.
Defeat for Zvezdan Mitovic’s men sees the gap between the two sides in the Betclic Elite league shrink to just one win, whilst the sides could go level if Strasbourg win their game in hand.
Both played to their strengths, as the encounter exhibited some great attacking play in what was a high scoring match. Paris Lee and Donatas Motiejunas were a frequent source of points throughout, especially in the first-half. The duo scored 16 and 15 points respectively during the match, allowing the Roca team to stay level with the high-scoring Strasbourg team.
Having gone into the half-time break level, the match turned as the side’s returned from the dressing room, or, as was the case with Mitrovic’s men, didn’t return, as his side started the third-quarter catastrophically.
Monaco had no reply to Strasbourg’s blitz, as the Principality side conceded 19 points, whilst only managing to convert two of their own. John Robertson, who was prolific for Strasbourg throughout scoring 23 points over the course of the fixture, was the architect of the Roca team’s downfall in the second-half, the Bosnian converting a flurry of three-pointers.
From there, ASM had an insurmountable mountain to climb, and although they recovered somewhat in the third-quarter, and won the fourth, it wasn’t enough to catch up.
The defeat once again laid bare the side’s defensive issues, allowed play-off rivals to close the gap and highlighted the sheer inconsistency of this Roca team.
Mitrovic has often spoken of the importance of building a run of form in this decisive, packed month of basketball, but to his disappointment, Monaco have been as inconsistent as ever. He will be hoping that his side can once again turn their form around, with a decisive week in the Euroleague coming up.
Monaco first face a trip to face Zalgiris in Lithuania on Wednesday, before returning to the Salle Gaston Médecin to face Zenit St Petersburg on Friday. 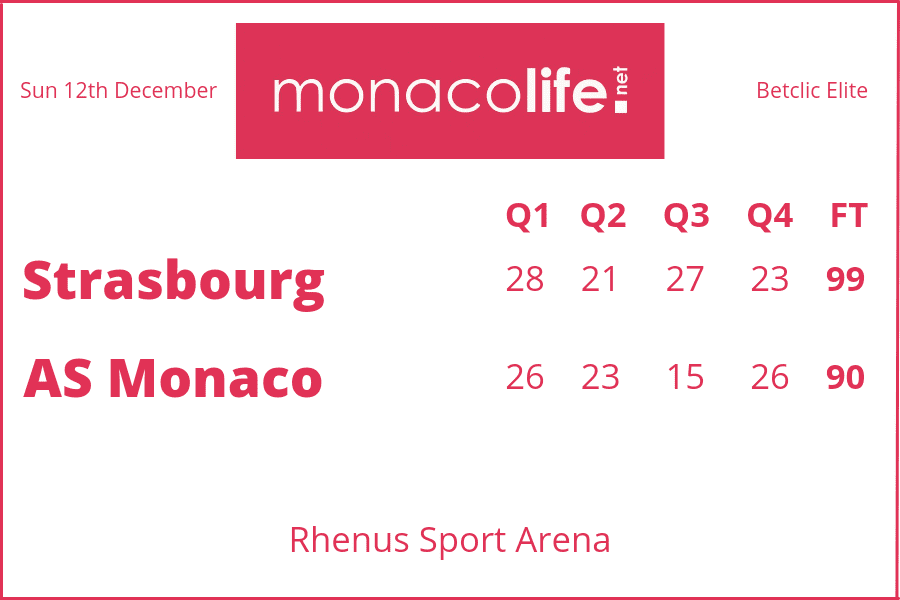