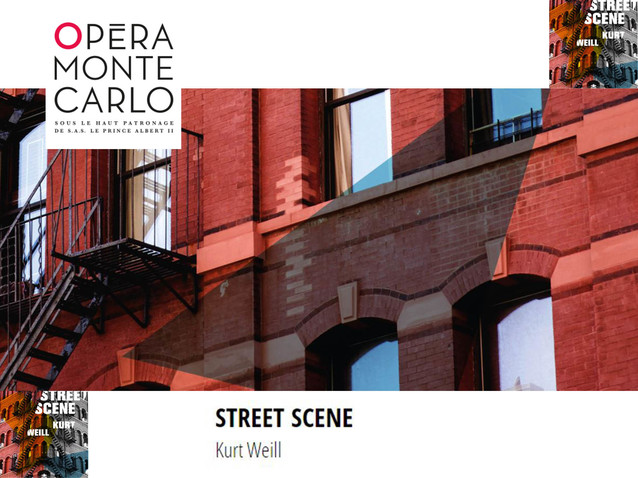 Based on the 1929 play by Elmer Rice, Street Scene looks at the complex daily lives of people living in a walk-up tenement building in New York City, and the foreboding sense of despair that hovers over every interaction.

This opera in two acts was adapted by Kurt Weill and Langston Hughes and debuted at the Adelphi Theatre in New York City on the 9th of January 1947.

Weill was a well-known composer in his native land and escaped Nazi Germany in the early 1930’s. He found New York to be a receptive and vibrant place where he quickly integrated and found a place amongst the musical set. By the late 1940’s when Street Scene came out, he was a firm fixture, and the opera earned him the Tony for Best Musical Score.

The story revolves around two plotlines, that of the romance between star-crossed Rose Maurrant and Sam Kaplan, as well as the extramarital affair going on with Rose’s mother Anne. The opera portrays the lovers, their squabbles, the street gossip of the neighbours and the increasing tensions surrounding the Maurrant family, which ultimately lead to a tragic, murderous end.

Weill’s opera is a work somewhere between a musical, with its blues and jazz inflected numbers and soaring operatic arias, making it a true 20th century masterpiece.

The production is coproduced with the Teatro Real de Madrid and the Cologne Opera, and includes artists from the Rainier III Children’s Academy, the Choir Monte-Carlo, the Philharmonic of Monaco and the International School of Monaco.

Due to unforeseen circumstances, conductor Lawrence Foster will be replaced by his assistant conductor Lee Reynolds on February 21, 23 and 25.
Lee Reynolds, a young and talented conductor, had previously participated in the creation of this co-production at the Teatro Real in Madrid.