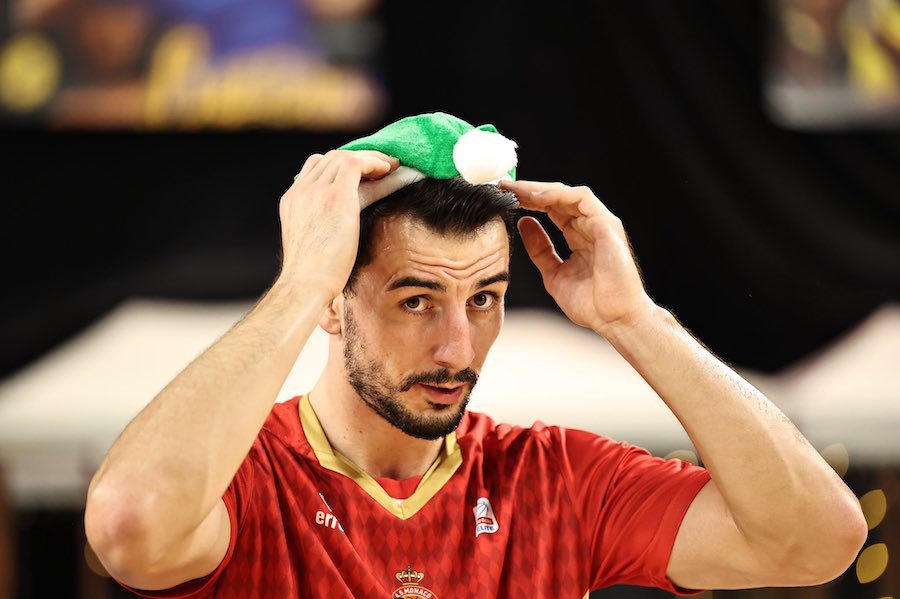 AS Monaco Basketball brought their three-game losing streak to a comprehensive end with an emphatic 94-56 victory against local rivals Fos-sur-Mer on Boxing Day.

The Roca team were given a pre-match boost as the talismanic figure of Leo Westermann returned following a lengthy absence through injury. In stark contrast, Fos-sur-Mer were left without many key players. Their roster was decimated by Covid, leaving a squad of only eight players, of which just six were professionals.

Monaco didn’t take long to take advantage. Paris Lee started as he meant to go on, registering a flurry of assists and converting a sumptuous three-pointer to give the Roca team a healthy 18-4 lead after just six minutes.

The first-quarter was also marked by the return of Westermann, who wasted no time adding to the scoreline, chipping in with a three-pointer of his own.

An efficient first-quarter from Sasa Obradovic’s men opened up a comfortable eight-point buffer, which was quickly extended in spectacular fashion in the second-quarter. Fos-sur-Mer were feeding off scraps and could only register seven points in the whole quarter.

Monaco, meanwhile, continued to score freely. The side’s phenomenal 60% three-point accuracy was the source of a whopping 54 points over the course of the evening.

Lee and Brock Motum were the main architects of this thrashing. Lee’s incision and vision allowed him to register 24 points and six assists on the night, whilst Motum, after a relatively barren spell, registered 17 points, converting all of his three-point attempts.

Monaco outscored their opponents in every quarter, and the 38-point difference in the score was a fair reflection of the Principality side’s dominance throughout the encounter.

It was an overwhelmingly positive evening for Obradovic’s men, although the victory must be caveated by Fos-sur-Mer’s Covid-disrupted preparations. The return of Westermann, the emphatic scoreline and another man-of-the-match performance from Lee will all give the Roca team confidence heading into their difficult Euroleague tie against Maccabi Tel Aviv at the Salle Gaston Medecin on Wednesday.

Photo of of Leo Westermann, source: AS Monaco Basketball