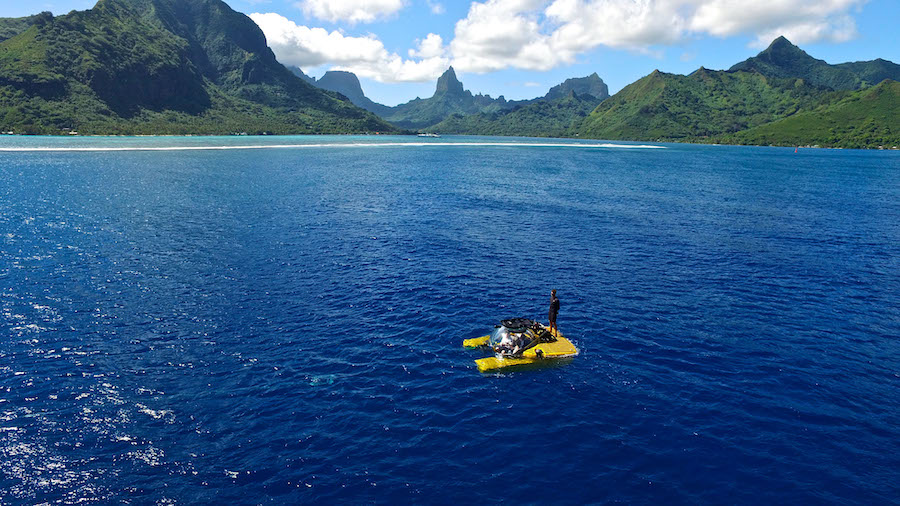 While the undiscovered nooks and crannies of the earth become fewer and far between, our oceans remain a largely unknown entity, with more than 95% still unexplored. Over a career spent in the oceans, I’ve only scratched the surface, or just a little bit of what’s below the surface, to be more accurate.

I was lucky on my path into what I do now. I’m from Costa Rica, and the jungled and uninhabited nature reserve of Cocos Island is an overnight boat ride away. I worked as a dive instructor on the island (which was the unofficial inspiration behind Jurassic Park) and the company I was working for also conducted underwater filming and production. They invested in a submersible and I was chosen to be one of the first pilots to operate it. With superyachts visiting the island from time to time, their guests loved to go below the waves, so it eventually became a full-time job for me.

Since then I’ve had some extraordinary experiences. Alongside marine experts, we’ve discovered new species of deep-water shark, giant jellyfish and other incredible marine life. Cocos Island remains close to my heart, but another dive that came close was near an island off the coast of Baja California. We found great white sharks at a depth of 200 metres, which had never been documented before.

What’s incredible about submersible vessels is that it allows us to engage in a marine environment in a new way. While historically clunky and uncomfortable, the latest submersibles offer climate control, bluetooth speakers and almost 360° visibility from large, rotating seats. Larger vessels can now accommodate a small family, who needn’t know how to scuba dive. All that’s required is a sense of adventure.

I’m now working with Cookson Adventures, which is among the leading companies in underwater exploration. We have delivered an expedition to the Antarctic Peninsula in early 2019, which had three yachts working together for a single group of guests, utilising two helicopters, a submersible and a vastly skilled team of experts. It involved detailed planning and comprehensive logistics to seamlessly bring together an adventure that none had done before.

But even some of the seemingly ‘better’ explored territories can throw out surprises. For example, we’ve recently returned from a trip to Italy where we undertook several dives with a guest in the Bay of Naples and the Tyrrhenian Sea. The beauty of the world under the waves is that almost every sub dive is a ‘world first’. The discoveries we made were astonishing, from finding endangered black coral, red coral that was believed to be extinct from the region and unprecedented algae growth due to rising seas temperatures, to unearthing Roman shipwrecks.

What’s more, Cookson has an incredible network of experts around the world – such as conservationists and marine biologists that it partners with, who can accompany dives to heighten the experience. It means guests can learn more about the marine ecosystem and the conservation associated with it. This stimulates Cookson’s guests to engage with major environmental issues, and it also means we can use submersibles for the benefit of the scientific community. Regions below 60 metres in depth are poorly researched and we are able to give researchers access to marine communities they wouldn’t ordinarily be able to see, whilst invigorating our guests with the wonders beneath the waves.

So, for a new take on adventure, a submersible is an enriching addition to the superyacht experience, with unprecedented exploration opportunities in some of the world’s most incredible destinations. My next expedition with Cookson Adventures will see me piloting a submersible around remote and often uninhabited islands in the Pacific. Who knows what we’ll discover!

For more information on Cookson Adventures or to enquire about expedition possibilities, visit: https://cooksonadventures.com.